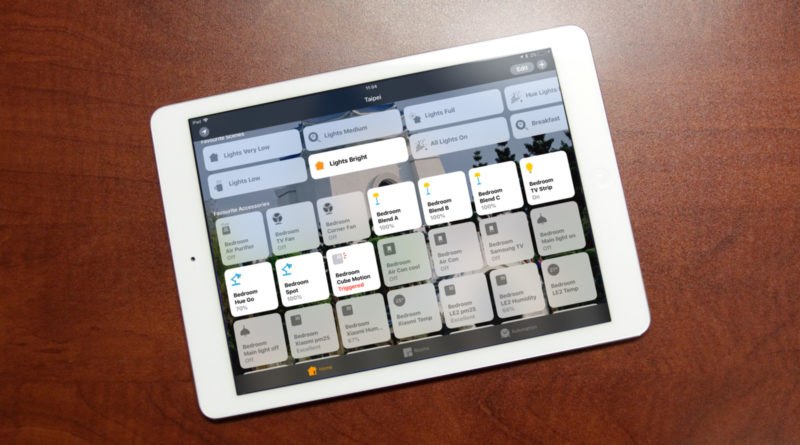 The Apple iPad is being mentioned here, not because it’s a HomeKit device – it’s not – because in addition to it being used to control your HomeKit devices via the Home app (or any other 3rd party HomeKit app), it can also be used as a HomeKit Hub, alongside the Apple TV (3rd gen and above) and the HomePod.

Now, I don’t see the need to review the iPad, and certainly not mine in particular, as it’s a bit old now, so I’ll just mention what its uses are when it comes to HomeKit.

I have a couple of Apple TVs acting as hubs, but my trusty old iPad Air, which is still able to run iOS 11 (and even iOS 12 when it arrives), can be enabled to run as a backup hub, which in my case is a failsafe if my Apple TV gets disconnected – and yes, it has happened on occasion. This is done via a simple on/off toggle within the settings that allows the iPad to do just this.

This all does mean of course that if you didn’t have an Apple TV and wanted to use the iPad as your hub, it would have to be on permanently, which in turn would mean having it plugged in and powered up. As it stands, it does this job more than adequately, and it also has one over on the Apple TV, in that it’s more mobile, as it’s not going to be tied to a specific room and TV. 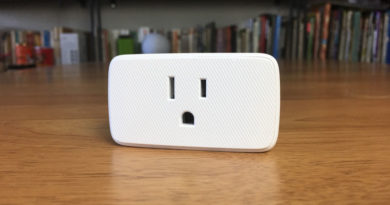 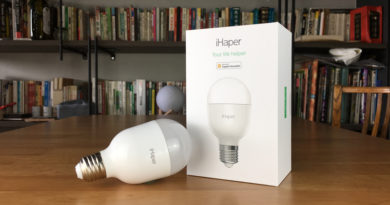