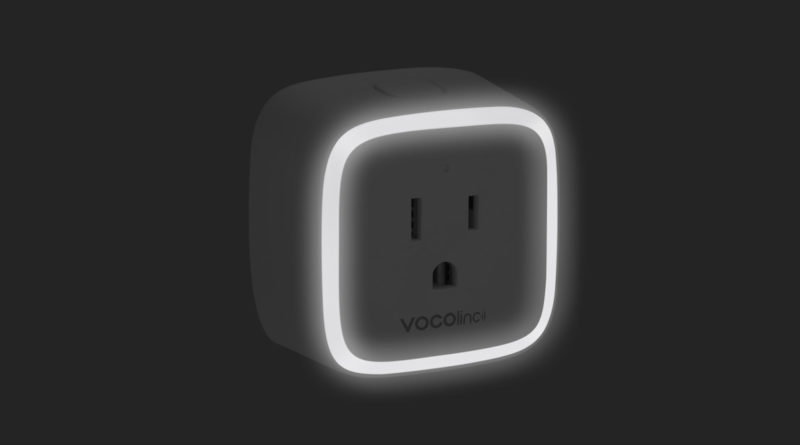 You could say that smart plugs are the ‘meat and potatoes’ of the HomeKit world, being that they are the most numerous in terms of choice, and certainly the easiest product to deploy if you want to make that lamp or coffee maker ‘smarter’. So, with such a choice, what is it that’s important to have in a smart plug? That really depends on the use cases and the personal requirements, but for myself I would say reliability, size and price are the key point here, and from there, anything else is a bonus. The Vocolinc PM1 ticks these boxes well enough.

In previous reviews I’ve always been happy with Vocolinc’s attention to detail when it comes to the products and their packaging, and once again in the case of the latter point they don’t disappoint. the box is as sturdy as I’ve come to expect, and whilst this is the kind of product that could probably take a knock or two, it’s good to know that it’s protected nonetheless. The product is cleanly and simply featured on the front of the carton, with little other distractions. The back of the box shows off what I now refer to as ‘Vocolinc Green’, which shows their awareness of branding, and has a few more details about the plug, what it can be used for in addition to information on their proprietary app. The top of the box shows the all important ‘Works With Apple HomeKit’ label, along with Amazon Alexa and Google Assistant, should you need them.

with the box opened, you are shown that this product is protected quite well, with an inner flap underneath the lid, along with the plug itself tightly ensconced in an inner tray to avoid external impacts to the box and movement in transit. The inside of the box also includes a few more points to let you get to know its capabilities, and finally, the first of three copies of the all important HomeKit code – in this case, the newer QR-based code. Along with the plug is a small latex bag containing a simple, if rather complete, instruction manual (containing the second instance of the HomeKit code) and a satisfaction card in case of any issues you want to bring to the company’s attention. Customer satisfaction is key to Vocolinc, at least compared to some companies I won’t mention.

So the plug itself is fairly unremarkable, with the standard North American 3-pin plug on the back, and the socket on the front, along with a green LED to show whether there’s power going to it. A medium-sized physical button to turn the device on or off manually, and the third of three instances of the HomeKit Code printed on the side. The additional feature of this smart plug, whilst not unique but certainly welcome, is the built-in Night Light LED that encircles (or maybe ‘ensquares’ in this case?) the front of the socket. This appears as a separate tile in the Home app, with which the brightness can be adjusted. This is basically the same as the Koogeek P2 smart plug (which we’ll talk about later), being that the night-light is only white, as opposed to the iDevices Switch, which has a night-light capable of millions of colours. With this additional night-light, you essentially get two devices appear in the Home app; one for the power plug and one for the night-light.

As already mentioned, the green LED indicator provides a visual reference to let you know if power is going to the plug or not, and on that subject it’s important to note that this plug is capable of a maximum of 1200w, with the larger Vocolinc PM2 upping that number to 1800w. the input and output are suitable for 100-125VAC and a maximum of 10A. The plug itself uses wi-fi as its method of communicating with your hub, so no bluetooth here thank you very much!

The night-light is bright enough, depending on where it’s placed, and in a really darkened location it really is nice and bright, although there are no details as to the amount of lumens it’s capable of. Like most smart plugs of this type, is meant for indoor use only, so I would say unless you live in a very dry part of the world, it’s not advisable to use this even if it’s in a covered area, due to damp and humidity that could cause issues with the electronics.

Setup via the Home app, which is my preference, is as straightforward as expected, so there’s nothing out of the ordinary other than to mention that as this is sort of two devices in one, when you get to the stage where you give a name to the plug, the first instance will be for naming the night-light, with the second instance for naming the power plug itself. If you want to use the Vocolinc app, you do get access to the power monitoring functionality, if you want to monitor your electricity usage, however this is currently not something you can access or make use of in the standard Home app. The good news is you can use this data for automations or triggers in 3rd party HomeKit apps, especially the Home app by Matthias Hochgatterer.

I’ve been using this for a week now and I’ve only really used it to turn a lamp on and off, but in this time it has worked flawlessly, with both direct button presses, Siri requests and triggers & automations without any issues. In terms of comparisons to other smart plugs that I own, this isn’t the smallest overall, but it’s certainly on a par with one of my other very reliable smart plugs, the Koogeek P2. When I say ‘on a par’, the dimensions are pretty much identical if you look at it from where the pins are. This was strange, as when I noticed that the size was the same, from the pins side of both plugs, they actually looked identical even down to the sticker and the printed info on the body of the plug itself.

Could they be from the same OEM factory? Possibly, but who cares. At the end of the day, this is a reliable smart plug, that has a decent price tag, it’s small enough to not be in the way, and the additional night light is great, especially if you use it in automations. I won’t list any pros or cons here, as smart plugs for the most part do a simple task, and in all honesty, there aren’t any negatives to this product anyway, so if you’re in the market for a smart plug, this is a worthy contender. 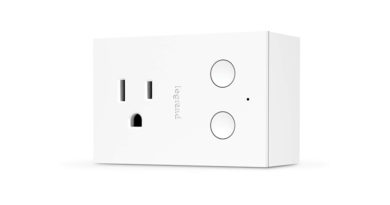 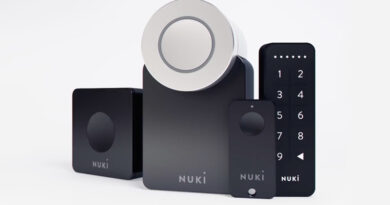