This is our third review of an iHaper product, following on from the iHaper DL1 Smart Desk Lamp, and previous to that, the sister product to this device, the iHaper B2 White Smart Bulb. Now, we take a look at the colour bulb to see if it’s worthy of the attention iHaper has gotten recently.

UNBOXING
The theme that runs through iHaper products that I’ve reviewed thus far, is that the packaging is second to none. It really is luxurious, from the strong card of the box itself to the design and even the dense foam on the inside that holds the bulb in place. I really can’t fault their presentation. It makes other companies, like Hue, really look a bit gaudy in this respect, so top marks. The front simply has the product along with the ‘works with HomeKit’ badge, whilst the rear has basic technical information you might want to see before purchasing. The inside of the box just has the bulb, nicely wedged into a recess inside the aforementioned foam, which also contains one of three instances of the HomeKit code. The rather complete instruction manual, placed inside a small plastic sleeve, is stuck to the inside of the lid of the box.

The manual comes with instructions in English, French, German, Spanish, Italian, Japanese and Chinese – so pretty well covered, unless you only speak Tongan perhaps… The manual also has another instance of the HomeKit code on the very back. The instructions include not only the setup procedure for getting the bulb working with Apple HomeKit, but also for Amazon Alexa and Google Assistant systems, although I believe there’s no Android version of the iHaper app at present, which may not be a bad thing, which I’ll get into later.

THE BULB
Onto the product itself, and outwardly, it looks identical to the iHaper B2 white bulb, with the only difference being the information printed on the back of the bulb’s main body, showing the model number – B1 in this case of course. The shape of the bulb itself is a little different to your typical bulb, and I do like the design, although it may not suit everyone’s tastes or match certain styles of decor. Besides that information, it shows the basic specs, which are the same as some of the information you already see on the back of the container, which are;

The information above does seem a little odd though, as even though it can produce warm and cool whites, the listed 600-6500K colour temperature would suggest it’s only capable of ‘cool’ whites, with ‘daylight’ or neutral whites traditionally sitting between 3100-4500K, and ‘warm’ whites being in the 2000-3000K range. I did find there to be an issue when reproducing whites with this bulb, which I’ll get to shortly though. The body of the bulb has the last of the three instances of the HomeKit code, so you would really have to work hard to lose all three instances.

Setting up the bulb was easy, although, in my tests, I did try to add this after a reset, and the Home app kept saying it was already added. If ever you get this kind of issue, first try resetting the device again (in this case turning it off and on, five times consecutively), and try again. Failing that, you can go into the wifi settings on your iPhone and add the wifi settings to the device manually, and try again, which should work, and did the trick in this instance.

Once your device is in the Home app, it’s really just like any other bulb really, so you have access to the colour and colour temperature options, as well as brightness, so nothing out of the ordinary in that respect. In fact, apart from the shape of the bulb, it really is pretty regular.

COLOUR COMPARISON
I took a few comparison images of the bulb, comparing it to a Philips Hue White and Colour Ambience bulb and while it may in many ways be an unfair comparison, in actual fact as many people see Hue as the standard, it is a good bar to be measured against regardless of whether the bulb is more powerful or not.

These are not tests that are in any way to be considered at a level anywhere near ‘lab conditions’, but they do give you a rough idea of how well the colours in the iHaper stand up against a product that is up to 50% more expensive. Generally, the images show that the Hue bulb has a slight edge in terms of overall brightness, which is a given considering the Hue bulb is rated at approximately 800lm, compared to iHaper’s paltry 470lm output. It is notable that the iHaper does come close to looking as bright as the Hue considering it has around 40% fewer lumens. From these sample colours too, the iHaper does a fairly impressive job of matching the Hue bulb. Due to the shape of the Hue bulb, the colour is more evenly spread against the backdrop of a wall.

Now onto the disappointing part. When it comes to reproducing basic warm, mid or cool whites, it’s a bit of a sad state of affairs with the iHaper;

As you can see in the images above, the Hue does the job of generating cool mid and warm whites as expected. The iHaper on the other hand, is a bit of a disaster, with cool and mid whites coming out with a stronger than expected blue tinge, and the warm white generating a pink-tinged white. These white were all created with the Home app’s colour temperature wheel, and you would expect any bulb with the ability to create whites as well as colours to do a reasonable job. Not so in the case of the iHaper.

However, there is a silver (maybe blue-tinged) lining to this cloud, as warm, cool and daylight whites are possible! I was able to do this, in the case of warm white, by choosing orange, then slowly adjusting the colour to get to what was a comparable warm white. Once I’d got it how I liked it, I saved it as a preset. In theory, the same should be achievable with cool whites too, although I didn’t get that far.

DAY-TO-DAY USE
While some may find the low lumen count a put-off, I have to say I didn’t really notice it being a major issue, at least when it came to using it in our bathroom, and generally, we have the basic Hue warm white bulbs in the house at around 70% most of the time, so it wasn’t a big deal. As one of the family doesn’t like a bright light in the bathroom in the case of a ‘night time’ visit, so the bulb has been ideal for those occasions, where I can set the light to 10% and red. Generally, as you’ve seen already, the colours are really quite good for the most part, although getting a decent warm or cool white takes a bit of adjustment.

In terms of reliability, I had both the colour and white iHaper bulbs in the bathroom and they were mostly reliable, but there were times when even though they showed up in the Home app as connected, they wouldn’t respond to the wireless switch I had set up to turn them on and off. To make sure it wasn’t the fault of the switch, I used a different product, and the results were the same, so sadly, it would appear the issue could be with the iHaper bulbs, although it is strange that both lights wouldn’t respond. Needless to say, lights in a bathroom, with a very small window, need to work every time, so to avoid any issues, I replaced them with two Vocolinc L2 Tuneable white bulbs, which seem to be more reliable with the wireless switch I use to control them. I haven’t abandoned either of the iHaper bulbs though, and now use them where they’re less necessary should they not respond at any point.

As for the iHaper app itself, I have already outlined why I don’t use it in the review for iHaper Desk Lamp, so I won’t repeat it all here, but safe to say it’s not a great app…

CONCLUSION
I would say, the bottom line when it comes to any product is a combination of price, reliability and accessibility. In the case of the iHaper B1, I have to say that while it’s fairly cheap for a colour bulb, there are other alternatives out there if you care to shop around, with equal or more lumens, and in some cases for a better price. iHaper haven’t been in the game long enough for me to judge on how reliable they are, and in this area of technology, they’re definitely not alone when it comes to things becoming unresponsive, so I can’t honestly hold that against them any more than many other companies. In terms of accessibility, they’re available in the US and the EU via Amazon, so they’re not hard to find. 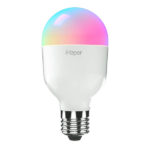 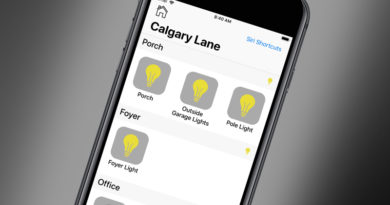 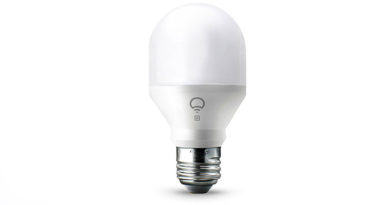 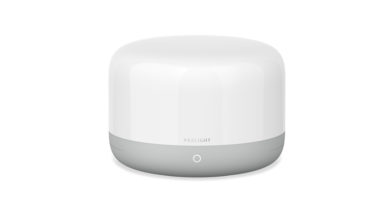