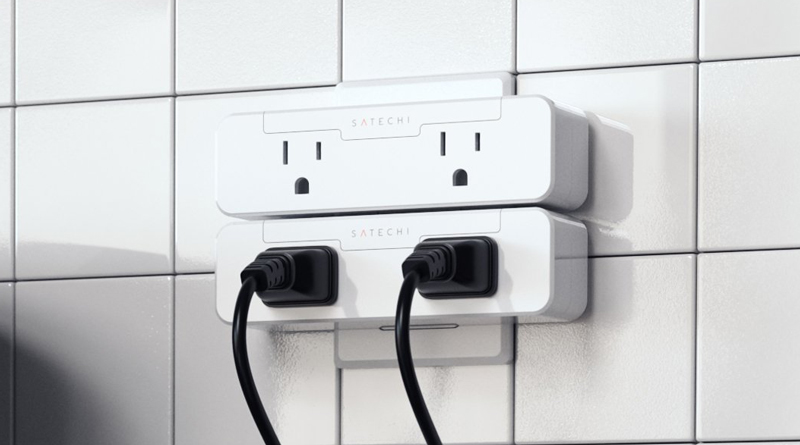 Smart plugs – the backbone of any DIY smart home system one could argue. Certainly, in my case, they were what got me started on this journey. Alongside smart plugs, I’d say the smart bulbs are just as rudimentary, but with a plethora of both smart plugs and smart bulbs, it has begun to get a bit crowded. Nevertheless, there’s nothing wrong with choice, right? If you’re new to the Smart Home game, then luckily you now have a lot of choices – single socket, dual outlet, power bar, USB charging ports, night lights, colour night lights even! Despite this choice, the problem that many manufacturers have faced is building a smart outlet that does what it needs to within a shell that only takes up one of the two outlets on your wall. Some manufacturers, like iDevices and iHome fixed this from the outset, but what we have here today is a smart outlet that still manages to avoid covering more than one outlet, but actually provide you with two smart outlets from one regular outlet. Let’s see if it’s worthy…

UNBOXING
So, the packaging itself is decent enough, and all the text seems to be in American English and Canadian French. This is a wifi product, and it states this simply on the front. It’s also only suitable for HomeKit, so no Google or Amazon here folks. The rear shows a lifestyle image, and below that, four boxes spell out four selling points, which are Timer functions, Insights, Dual Outlets, and Easy Setup. When you see these ‘selling points’ it’s not hard to see that smart plugs, in general, don’t have a lot of selling points per se, and of the four here, two refer to the app in many ways, and the ‘easy setup’ is relative. Still, we’ll get to the timers and insights section a little later. The other edge mentions the Satechi app, which is itself a fully-fledged 3rd party HomeKit app and will be required for firmware updates. If you want the timers and insights functionality, this is another reason to get the app.

Open the box and you find just two things, the smart plug and the manual. Now even though installing a smart plug is generally easy, don’t throw the manual away, as it does contain one instance of the HomeKit code. There is one on the switch itself, but fate has a way of making things vanish just when you need them, so I’d suggest hanging onto it or store the code, using Aaron Pearce’s HomPass app. As with the box, the app comes in English and French. The plug itself comes nicely wrapped in cellophane, which adds to the feeling that this could be a pretty decent device.

THE SMART PLUG
The Satechi Smart plug, or as they call it, the Dual Smart Outlet, once unwrapped, lost a little of the magic for me (yeah, I know, it’s a smart plug…). This was really just down to the nice packaging and the cellophane wrap giving way to a device using shiny, cheap looking plastic. If they’d used plastic with a more matt feel, like the Aqara devices, it really would have felt premium. Still, it’s how it performs that matters I suppose, but whilst looks aren’t everything, they do count for something. The front of the plug has the two individual outlets, along with a groove above them, that also encompasses the company logo in black and orange. It’s suitably subtle enough which is helped by their decent company logo. The rear has the one set of Type B, North American pins. on each corner of the pins are rubber stoppers to cover the recesses for screws that hold the plug together. These stoppers fall out really easily, so it may just be better to remove them altogether in case a pet or young child decides to swallow one. The rear also contains the details and legal info for the plug. The side of the smart plug as nothing distinguishing other than the fact you can see the join isn’t too great, at least my unit isn’t. This would be a good point to talk about the plug’s dimensions and general specs;

This last point is worth noting as even though you get two outputs, the total output for them both is only 1800w, so if they’re both being used, each outlet is only capable of 900W, or at that’s how it seems to be, although I could be wrong. The top of the device has two circular buttons to control power to each outlet separately, along with a corresponding blue LED that will turn on when the outlet is active. There’s no option to disable these blue LEDs. Due to the dimensions of this double outlet, not only can you control two separate devices plugged into it from just using the one outlet, but as it’s so slim, the second free outlet isn’t obscured, and as can be seen from the main image, you can place another Dual smart outlet underneath/above for a total of four smart outlets from two wall sockets. One early review claimed this to be the first smart plug with two separately controlled outlets, although in actual fact this accolade has to go to the ConnectSense Smart Outlet, although in fairness, the Connectsense totally obscures both sockets.

Installation via the Home app was, as expected, a doddle, so there’s little point in going through the process, as it really is simple – assuming you’ve installed a device via the Home app at least once – and was able to be added the first time. Both outlets get their own tile and can be controlled totally independently, as you would expect. In the Home app, these are simply outlets, and as such, you can choose to have them appear as any of the three standard options – a fan, an outlet or a lamp. Other than that there’s not a lot else you can do with this plug in the Home app that can’t already be done with any other smart outlets.

THE SATECHI APP
The Satechi app, like many that have come before it, is a fully-fledged HomeKit app, so you can do pretty much everything and more in this app that you can in the official Home app. It’s not bad looking, although I’ve yet to find an app that can match Home for its balanced look and clean ‘Apple’ lines. It’s free though, and as already mentioned, if you want to make sure the outlet is up to date with the latest firmware, this app is where you’ll find it. At the start of the article I mentioned, two selling points – timers and insights. Timers, as you can predict, are automations for turning the smart outlets on and off for a certain length of time – up to 2hrs, 59mins and 59secs to be precise. You dial in the time in hours, minutes and seconds and flip the virtual switch to countdown to zero, after which, depending on which way you have the ‘when timer ends’ (on or off), will turn the outlet on or off. This could be useful for times when you maybe want a fan or lamp to turn off after a certain amount of time, independently of any scheduled time you may already have set up. Schedules are more regular in that  you can set specific times for the plug to turn on and off, and have that schedule repeat on a daily, weekly or custom loop, so if you want an outlet to turn off at midnight and come on again at 7 am, but only on Tuesdays and Thursdays, then this would have you covered.

Insights are related to power usage, and if this is something you want to use to monitor the power usage of something plugged into these outlets, then this feature has the parts to make that happen. Apart from being able to see power consumption ‘live’ in the settings page along with total consumption for the current month, you can also set the cost per unit, whilst also choosing from four different currencies, for extra convenience – US dollars, Japanese Yen, European Euros and (strangely) Swiss Francs! It’s probably not as detailed as the Eve app perhaps, but it’s still handy to have, with screens for line graphs displaying Total Consumption and Total Cost.

SUMMARY
I was never under any impression that this device would blow my mind, and apart from the dimensions making it a lot more handy than many other smart plugs, that tend to block an outlet, and that you get two outlets in one, the bottom line is it’s just a smart plug, and one more that I’ll be adding to my collection. In that sense it’s not ‘meh’ but it’s not much more than that either. I’m usually on the ‘half glass full’ side of things, and so far the good news is that the device is responsive and hasn’t dropped its connection to the network once, and I do like the design in fact. The cheap feeling plastic used for the case isn’t a big deal as most of the time these plugs won’t be seen, although going back to the featured image at the top of this review, if it’s being used in direct view in your kitchen, then maybe a better grade of plastic wouldn’t have gone amiss. Speaking of the featured image, if you were to place two of these in two sockets, whilst they’ll fit together snuggly, the switches for the lower of the two outlets are actually inaccessible! Something to bear in mind perhaps. Price-wise, it’s not massively cheap, given that you can get a 2-pack of very reliable Vocolinc SmartBar plugs for under US$30, but then a 2-pack of these takes up two outlets, whereas the Satechi only takes up one, but for nearly double the price, so it’s a case of what you think a double outlet smart plug will be useful for. 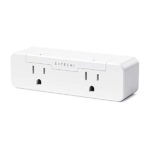 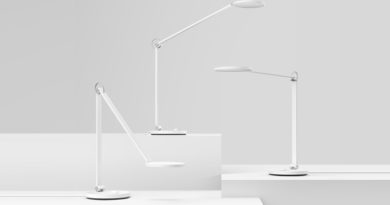 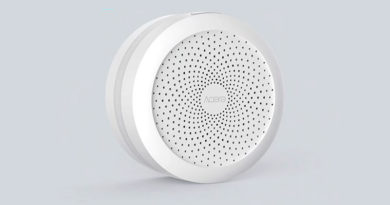