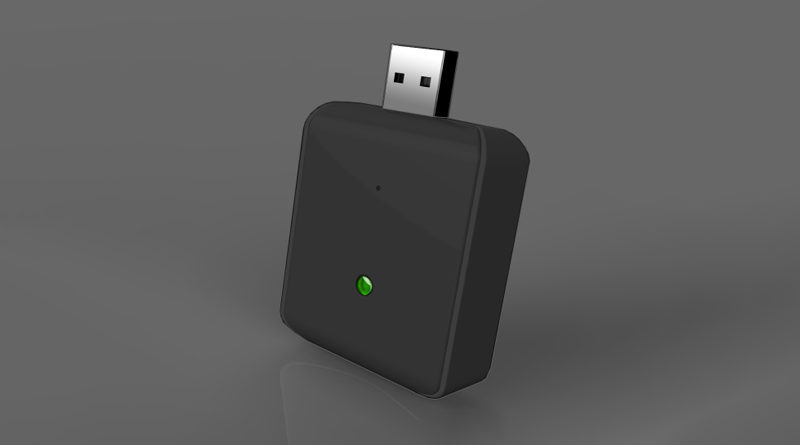 Earlier this year, Taiwan-based Reagle introduced their first branded Smart Lock – simply called the Reagle Smart Lock – to the smart home community, with a lot of interest, not just because of its compatibility with HomeKit, but the great combination of traditional design and modern features that helps it blend in with most doors. The lock itself is solidly made, which isn’t a surprise, as Reagle has been making locks for other companies for a while now. As it’s mainly aimed at the US market, it’s a standard Deadbolt lock, with the aforementioned HomeKit compatibility. You can check our full review of the lock HERE or for a quick overview, you can check out the video review below.

Now as this is a typical HomeKit smart lock in terms of functionality, it uses Bluetooth as the main method of communication, which in the first instance, connects directly to your phone’s Bluetooth signal, and in the absence of the phone being close by, will connect to your Home Hub – be that an Apple TV, HomePod, or a suitable iPad. This setup provides you with what Apple calls ‘Remote Access’ which allows you to control various functions of the lock, even when you’re not at home, like letting someone in who may have lost your keys, whilst you’re still at work. However, as good as this setup is, occasionally you might have a situation where your Home Hub is a little too far from the door lock to establish or keep a strong connection, with walls, as well as distance, being the main obstacles to a decent connection. This is where the Reagle Gateway comes in, which we’ve had on test for a while now. In short, the Reagle Gateway picks up the Bluetooth signals to and from your lock, relay these to your Home hub, or your wifi network (depending on whether you have a home hub), which is essentially ‘bridging’ the signal, in cases where Bluetooth alone is not cutting it. If this is something that interests you, read on!

The gateway arrived, courtesy of Nick from Reagle pretty quickly, although it did help that we’re both based in Taipei! The box that it comes in is plain, in what appears to be recycled card, along with simple black print on the front and sides. As this isn’t actually a HomeKit product in and of itself as such, there’s not a lot of need for fancy packaging in this instance, although it still looks understated and cool anyway. There’s also no HomeKit code to look for, which you’ll only need for the lock itself. The front simply has ‘Gateway’ on the front. One side shows ‘works with Reagle Smart Lock’, with the other showing simple requirements. Just to be clear, this only works with the Reagle Smart Lock, so regardless of whether you have a Bluetooth HomeKit smart lock, this will not work with it. You’ll also need a smartphone to set it up, along with the Reagle app, a power outlet, and a wifi network. All fairly standard stuff, assuming you’ve already got the lock.

The inside of the box has the gateway itself, held in place with a cardboard frame, so it’s nicely protected and can’t move around. Underneath this layer of card, you’ll find the additional parts necessary to power up the gateway itself.

You should have the following; The Gateway, quick start guide, male-to-female USB cable, and a USB power brick with Type A, North American pins. The manual itself is all in English, and explains the setup procedure quite clearly, with large diagrams. In terms of setting it up physically, it couldn’t be easier; You simply plug the gateway’s USB plug into the female port of the USB cable, with the other end of the cable plugging directly into the power supply. Then, of course, you simply plug the power supply into the wall. You probably could use other USB power supplies, as long as they match the requirements on the supply itself, but it’s better to use the one provided ultimately. You can also just plug the gateway directly into the power supply if you don’t need the USB cable.

On the front of the gateway, you have a small LED capable of producing a red or green colour, which I’ll mention more about later. Below that is a tiny hole for resetting the device. Other than that, there’s not a lot to report on in terms of the appearance except that the body is made of black plastic, with slightly tapering edges at the top. As it’s so small, it can easily be hidden away out of sight, although you don’t really want to block the signal with anything too thick, and you’ll also need to make sure the power supply is within reach of an outlet. Reagle state that the lock shouldn’t be any more than 6.1 metres/20ft from your Reagle Smart lock, and ideally with a clear path for the signal. The gateway uses Bluetooth 4.0, while the lock uses Bluetooth 4.2, so it does need to be free of anything that could block or degrade comms between the gateway and the lock. Whilst this is true of the wifi signal going from the gateway to your wifi network, the signal should be more robust, so as long as it can pick up a reasonable wifi signal, you should be fine.

Installation is done via the Reagle app, so if you’ve previously downloaded it when you installed your lock but removed it after, you’re going to need it again.

Once that’s done, you’re good to go. You won’t see any real difference in the Home app, as the Gateway isn’t a hub/gateway in the HomeKit sense (Like the Hue Bridge for example), so it won’t be listed. The Smart Lock in the Home app will be as it was before as well, so it also won’t show the lock as going through any bridge as such.

If you’re using the Reagle app to control your lock, then you’ll still notice the lock acts as before, as it should by default still make a connection to your phone via Bluetooth. If you want to test that the gateway does work without Bluetooth, you need to turn Bluetooth off on your phone, whilst still being connected to your wifi network. When you do this, and you subsequently unlock the door you’ll see two messages above the onscreen lock toggle – ‘connecting to internet’ (probably should say network), quickly followed by ‘Remote Unlocking’. This shows that the lock is now using the gateway to receive your instructions to lock or unlock the door, although this would only be the case if you don’t have an Apple Home Hub. If you already have an Apple TV or HomePod, it will attempt to connect to the hub initially.

So, with that in mind, it’s important to note that if you already have a home hub, you don’t really need this device as such, as the home hubs essentially do the job already. However, there are often times when your HomePod or Apple TV might be too far from the lock, so it’s still a good piece of equipment for situations like this. If you’re not a HomeKit user – or you don’t have a home hub – and are solely using the Reagle app, then this is essential, however, as this also provides remote access to your lock.

Remote access is what allows you to open and close your lock from anywhere in the world essentially, as long as you’ve got some form of access to the internet, be it mobile or otherwise. As already stated, all of this can be done with a home hub, but the gateway allows for an additional function that the Reagle can’t do under other circumstances, which is the ability to add, delete or modify access codes remotely. Normally, you would need to be within Bluetooth range of the lock to do these kinds of alterations. These access codes are the ones you might create for family, friends or regular visitors like dog walkers, repairman or a cleaner for example. So, in the event that you need to change, add or remove a code remotely, this is the only way you’ll be able to do so. As already stated, if you don’t have a home hub, or don’t use HomeKit, the gateway gives you the additional benefits of remote locking & unlocking, along with real-time remote status, check and notifications too.

I’ve seen a fair bit of positive feedback about another Bluetooth>wifi gateway – the Eve Extend – and how it has made a difference in the response times generally as well as the ‘no response’ issue in particular. I’m glad to report the same is true of the Reagle Gateway in relation to response times with the lock. The Reagle lock has always been fairly responsive anyway, but what I found almost immediately was that response times were generally, and consistently more snappy in the Home app than it was before installing the gateway. This is not to say there’s still going to be the occasional slow moment, but that’s par for the course when it comes to nearly any Bluetooth device, so in this case, I would say a more solid response ratio is the main, with unlock/lock times being slightly better overall.

Soon after I first set the gateway up, in the Reagle app, the lock wouldn’t respond occasionally to changes I applied (locking or unlocking), or respond very slowly. I eventually found that this was due to my network going down for a short period, which in turn affected the gateway’s ability to carry out instructions. This can be noticed if the gateway LED shows different colours.

Once I noticed that the gateway wasn’t connected to the network, I had to determine if it was the gateway not connecting, or the network had dropped off. It was the fault of the network, so the gateway was doing what it could, but couldn’t complete the task through no fault of its own. That being said, I’ve found that using the Home app works better for me generally, although the Reagle app really is indispensable for the exclusive passcode and log functions it provides, that you won’t get in the Home app.

The Gateway isn’t massively cheap, to be honest (US$59.99), but if your home hub is a bit too far from the lock, you’re not a HomeKit user or don’t have a home hub, it’s a lot cheaper than buying an Apple TV or HomePod. In the tests I’ve performed so far, it has proven itself to be more than capable of delivering on the job it’s designed to do. Better still, if you happen to have an outlet with built-in USB ports, you can plug it in without having to find a way to hide the provided USB cable. The design is nothing to shout about, but its role is purely functional, and as it’s so small, it can be placed pretty much anywhere and be forgotten about.

As of typing this review, we’re in the midst of the Black Friday period, and at present the Reagle Smart lock is $50 off, so if you’re in need of a new smart lock, you can get both devices, with the discount essentially bringing the cost of the gateway down to less than $10.

Full disclosure: Reagle provided HomeKit News with the Reagle Gateway for the purpose of this review. No other compensation was made or requested. 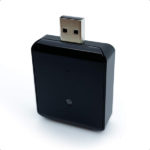 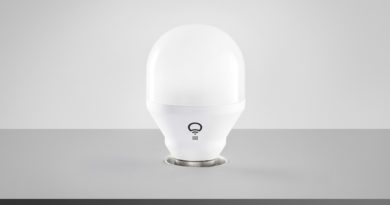 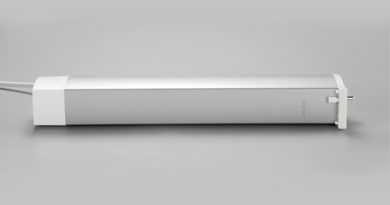