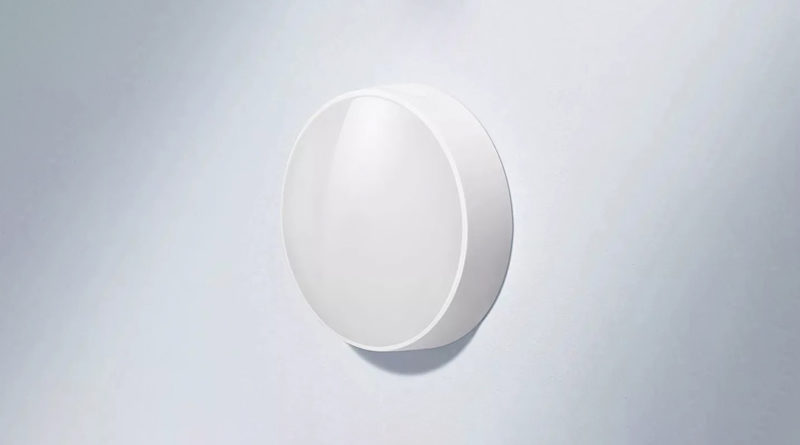 When the new HomeKit compatible Mi smart Gateway was released around mid-December in China, it was also accompanied by the Mi Light Sensor, which was first spotted ‘in the wild’ when beta testers for the Mi Smart Gateway, who had also been supplied with the aforementioned sensor, started posting pics of the devices on Chinese social media platforms like Weibo. Both the new gateway and the sensor soon made their way to places like GearBest, AliExpress and Banggood, making them finally available to the wider world. So today, armed with this new sensor, we’ll take a look at this device and try and find out if it’s any good, and if we can actually find a use for it!

As this is actually quite a small device, the packaging for it is equally diminutive. So much so, that it even comes with a holder at the top so that it can be ‘hung’ on display racks when needed. There’s nothing that stands out from previous Mi or Aqara products when it comes to the aesthetics, so you simply get the device pictured ‘front-on’ on the front of the box, with the Mijia logo, an ambient light icon with text (in Simplified Chinese) that says ‘perceived ambient light intensity’. There’s also more text at the bottom that translates to ‘Xiaomi Mijia Light Sensor’ along with three features – Adaptive Range, Intelligent Linkage, and IPX3. We’ll come back to ‘IPX3′ in a bit, but take it to mean there’s some level of protection from water.

The rear of the box, has, as standard, some basic specs, along with legal jargon. It also carries both the ‘works with Mijia’ logo and for the first time for a Mi or Aqara smart ‘child device’, the Zigbee Certified Product badge. The packaging for Mi smart Gateway also came with this, which as we mentioned in the review for the gateway, seems to indicate that this device is officially able to work with other Zigbee 3.0 devices, besides the gateway it accompanies. This is, in fact, a Zigbee 3.0 device, which discerns itself from the current batch of sensors currently available by Aqara or Mijia. There is also some small print at the bottom, that translates to “This product needs to be used with Zigbee 3.0 gateway-capable devices”, which is interesting in that it doesn’t specify the Mi smart Gateway in particular.

In terms of the specifications, they’re fairly standard for a Mijia or Aqara child device;

Out of the box, the sensor has a reasonable amount of protection, being held in place by a cardboard holder. Aside from the senor, you get a small manual (in Chinese), and a circular, double-sided adhesive sticker.

The front of the device is all translucent plastic, which hides the ambient light sensor. It also covers up a small blue LED that you only really see when initially pairing the device. If you’re familiar with either the Mijia or Aqara versions of the motion sensor, you’ll have noticed the translucent plastic protecting the sensor is rather pliant. The front of the light sensor is rather rigid and is therefore a lot more durable. The rear of the device features a turnable back cover that holds the CR2450 battery in place. With the cover removed, you get access to the battery compartment, which also reveals two small magnets. As this has magnets, you can mount it to any suitably magnetic surface, like the door of your refrigerator, for example. If you don’t have a magnetic surface where you want to place it, you can still use the provided double-sided circular sticker. The magnets aren’t that strong, to be honest, and if you’ve experienced the strong magnets of either the Hue Dimmer Switch or better still the incredibly powerful magnet used for the Hue Motion Sensor, this is going to be somewhat of a surprise. Still, it has enough to keep it from falling, although I feel it could easily be knocked to the floor inadvertently, which is why it’s just as well that the front of the device is all the more durable. Alternatively, as it has a flat base, you can simply leave it sitting on any horizontal surface. The only other functional part of the device is the reset/pairing button at the top.

In the specifications listed earlier, it mentions an IPX3 rating. If you’re not at all familiar with IP ratings, they relate to how well a device is resistant to both water and dust, amongst other things, with IP being an acronym for Ingress Protection. An IP code usually has IP, followed by two digits, of which the first digit refers to a level of ingress protection against solid particles, which can include dust. The second digit refers to the ingress protection against liquids. As this sensor has a rating of IPX3, the X, in this case, means there’s no specific data relating to protection against solid particles. the ‘3’ protects against ‘spraying water’, defined as;

“Water falling as a spray at any angle up to 60° from the vertical shall have no harmful effect, utilizing either: a) an oscillating fixture, or b) A spray nozzle with a counterbalanced shield. Test a) is conducted for 5 minutes, then repeated with the specimen rotated horizontally by 90° for the second 5-minute test. Test b) is conducted (with shield in place) for 5 minutes minimum.”

From this, you can take it that this isn’t fully waterproof but can withstand some level of ‘spray’ for at least five minutes. Whilst the battery cover may be tight enough to resist water for a certain amount of time, the weak spot would most likely be the button at the top of the device. This being the case, if you do choose to place this somewhere where at least some water can get to the device, it might be best to place it with the pairing button on the base.

* Whilst this is compatible with HomeKit via the Mi Smart Gateway, many readers here will be using the Aqara hub, so the focus will be on adding this to the Aqara hub only.

Some, if not all, of the resellers for this device state that it will only work with the Mi Smart Gateway (and HomeKit) via the Mi Home app. Whilst it’s true that it does work with both the gateway and the app, it can, in fact, work with the current Aqara hub. Additionally, because the Mi Smart Gateway can only be added to the Mi Home app when set to the Chinese Mainland server, if you don’t use this particular server in your app, you’re going to be a bit stuck. Even with your Aqara hub set to the Chinese server, this device isn’t listed in the Mi Home app as being compatible with the Aqara hub. Thankfully there is a simple way to add it to the Aqara hub, even if you have it in the Mi Home or Aqara apps, with a couple of provisos.

Regardless of whether you’re signed into the Aqara app or not (HomeKit Mode), you can still add this device, and it will also appear as a device in the Aqara Home app once added. It will also be exposed to HomeKit and the Home app as normal. To access light reading data, or to create automations in the Aqara app, you will need to be signed into the app though. Once signed in, you can simply tap on the icon for the sensor, and a window will drop down halfway showing a chart for light readings in daily or weekly format. this window can be fully dragged down to make it fill the screen.

In terms of automations within the Aqara app, you have four basic options;

You can set the level in lux at which the relevant automation should be triggered. As an example;

As already stated, this device is HomeKit compatible, so whichever way you decide to add this, it will show up in the Home app, as well as third-party apps, like Eve for HomeKit, for example. In the Home app, the device is represented with just the one tile and one service, as expected. The tile will show the current Lux reading, and this reading is also shown in the first splash screen after you long press on the tile to access the settings. In terms of settings themselves, you’ll notice there’s no option to add it to a scene as such, and you can’t use it in any automations in Home, as light readings are still not supported in this app. They are supported in third-party apps, however, and as you can see above, I’m able to use the light readings from the sensor as a trigger for an automation in the Eve app.

OTHER LIGHT SENSORS
This isn’t the first device to use a light sensor by any means, and there are plenty of quite capable devices that include a light sensor, but none of these is dedicated to the sole task of measuring light. In terms of the competition, I’ve put this up against a mainstay device in my home – the Philips Hue Motion Sensor. The Hue is around three times the cost of the Mi Sensor, but then it has three times the services – light, motion, temperature – each of which are exposed to HomeKit. It’s also part of the Hue family and so uses Zigbee just like the Mi light Sensor, which means it’s fast. That said, the light readings only change every five minutes, unless motion is detected, so if you’re looking for regularly updated light readings that don’t rely on motion, then the Mi light sensor is a better option. Indeed, if you really have no need for motion and temperature sensors, then it really does fit the bill quite well. I did find light readings from both sensors to be impressively close, within 1 or 2 lux of each other when they did differ. With either device, you’re reliant on the relevant hub, so it does depend on which you have (if you’ve got both, so much the better).

SUMMING UP
It’s difficult to grasp whether this would be of use to many people, as we all have such varied needs, but if you really dig deep and work on automations that do need to utilise the brightness of the ambient light around them or in a given room, then I think this is ideal for that purpose. If I wanted the extra functionality of a temperature and motion sensor thrown into the bargain, then I may well suggest the Hue Motion sensor (assuming you’ve already got the Hue Bridge), although a combination of the Aqara temperature and humidity sensor, Aqara Motion sensor and the Mi Light sensor would still probably be only a tad more expensive than the Hue, but with the addition of the humidity sensor thrown into the mix (as well as air pressure – which is unfortunately not exposed to HomeKit). On balance, I think I’d probably go with the Hue, as it does combine three sensors into one package, thus reducing both the number of devices you need to maintain, as well as having the option to make the light and motion sensors work in tandem in the Hue app if you so wish. It is a good device though, and being so small, with different mounting options, hasn’t gone unnoticed. Bottom line – if you simply need a light sensor, go for it. It’s so cheap that it really doesn’t matter a lot if you can’t immediately find a use case for it, as I know you will eventually… 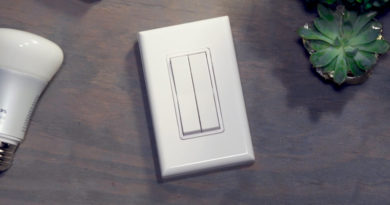 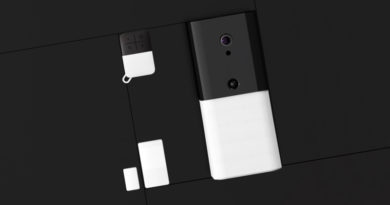 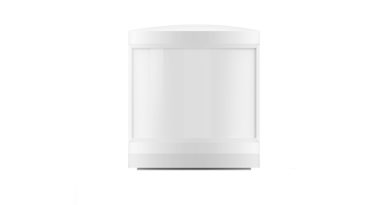