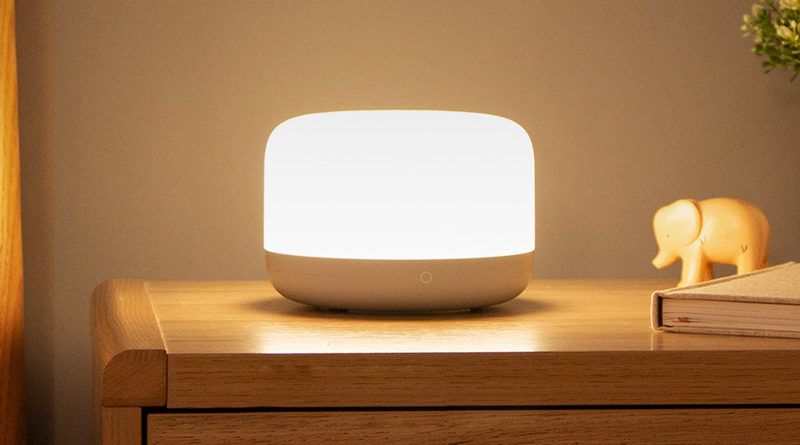 Along with Mijia and Aqara, Yeelight could be viewed as the third side of a triangle that makes a lot of great smart home products, mostly focussing on lighting. Not only that but the company, along with the aforementioned other brands, are making a lot of products with built-in HomeKit support. This kind of thing – Xiaomi ecosystem products bringing HomeKit goodies to the table – was deemed unlikely less than two years ago, until Aqara took the first step with their Aqara gateway, bringing along with it many sensors and switches. Not to be outdone in all things HomeKit, Yeelight has really gone to bat for HomeKit with many of their subsequent products, even going as far as bringing HomeKit functionality to legacy products, so with this in mind, it’s long overdue to take Yeelight quite seriously in its dedication to the HomeKit platform. This brings us to the latest in a series of lighting products we’re looking at today, which came out late last year – the Yeelight Bedside Lamp D2.

By now, you’ll be familiar with Yeelight, and the other companies having largely got their act together in terms of decent packaging, and this is no exception. The product is pictured on the front with minimal peripheral information – just the product name (in Mandarin), the ‘Works with Apple HomeKit’ logo, and a Red Dot award badge from 2019. The rear of the box features a set of eight icons to depict the features of the D2, which are;

Some of these aren’t really ‘features’ as such, but then there are still lamps out there that barely come with any of these functions, so it’s something to bear in mind if you’re wondering if you want a dumb or smart bedside lamp. The contents of the box are pretty minimal, with the lamp, a manual in Chinese, and the power supply. Speaking of the power supply, you get a Type A (North American) non-polarised two-pin plug, with a USB-C plug on the end, and it’s nice to finally see more devices with USB-C. The D2 works in all regions, as it can work with 100-240V at 50/60Hz.

The lamp itself is visually in two sections, with the base taking up roughly 25% of the height of the lamp. This light grey base section includes the touch-sensitive button and the two touch-sensitive strips, as well as the USB-C port for powering the D2. The remaining 75% is all diffuser, with just the Yeelight logotype floating above the touch-sensitive button, so it’s almost like a giant smart bulb! The main button does not light up and is simply a white ring.

The strips on the side, which I’ll explain further about in a bit, are a slightly darker grey than the base.

The underside of the lamp has three rubber feet to keep the lamp from sliding around unnecessarily, along with a HomeKit QR code. This is one of two instances of the code, with the other one appearing inside the Chinese manual.

As with almost all Yeelight devices, they can be added to the Mi Home app or the Yeelight app and will appear in both when added. I usually go with the Mi Home app, set to the Chinese Mainland server. The process is very easy, with you following the on-screen instructions. The D2 uses 2.4GHz wifi for connection.

After the process is almost complete, with naming the lamp, you’ll be asked if you want to pair it with HomeKit. You then go through the by now familiar procedure of adding the lamp to HomeKit, just as though you’d added it directly from within the Apple Home app.

Once you’re done with the installation, the D2 will appear in all three apps. Just be aware that even if you’ve initially added it to a room in either the Yeelight or Mi Home apps, this information isn’t carried over to the Home app, so you’ll have to assign it to the correct room separately there.

In the Home app, it’s fairly standard stuff, with a slider that controls the brightness, along with a colour palette to choose your colours or the colour temperature. The settings page shows all the usual options, except for quick access to the Yeelight app.

Both the Yeelight and Mi Home apps offer pretty much the same functionality, just with different interfaces. both offer a function called Flow, which allows the lamp to cycle through four different user-chosen colours. The only plus in this regard with the Yeelight app is that you can change the speed of the colour transitions, as well as the brightness of your colour choices. The Yeelight app also offers a couple of functions not available in the Mi Home app. One is called Gesture, which, once turned on, allows you to double-tap the top of the D2, or the surface that it’s resting on, to turn the lamp on or off. It’s a bit of a gimmick, but could be useful if you’re in the dark and can feel the lamp, but can’t see the touch button. Tapping the surface that the lamp sits on (the bedside table for example) requires a more forceful tap with the knuckles, and wasn’t consistent in my tests. The other function exclusive to the Yeelight app is called Music Flow. This makes the lamp change colour and brightness in time with sounds – usually music with a definite pulse (like House music). In order for it to work, the Yeelight needs access to your phone’s microphone so that it can pick up music wherever it is playing, although you can also use music on your device too. Another gimmick in my opinion, but still all good-natured fun.

As you can see in the image above, the Mi Bedside Lamp II and the Yeelight D2 are definitely ‘cut from the same cloth’ so to speak, with the same base and diameter. That said, they do have different controls, and they are different heights of course. In terms of the lumen count, only the Mi version has any official numbers, set at a maximum of 400lm. The Yeelight D2 has no information on lumens that I’ve found. Still, I’ve taken a few photos to compare the two side by side in both colour and white modes;

Generally, I’d say that the D2 is of lower general brightness, which isn’t entirely surprising, given the size of the diffuser section, but it does hold up fairly well in all colour temperatures, with the cool white only appearing slightly less ‘cool’. The night light in both models is pretty good and work really well as a true night light.

Above are just a couple of examples of the colour side of things, and you can see the D2 holds up really well, which would suggest that whilst there may be less white LEDs in the D2 than the Mi, in terms of colour LEDs, they could be the same or at least close enough not to make a discernable difference. All the other colours matched exactly, which once again is no surprise.

IN USE AND SUMMING UP

I’ve been using the D2 for about four months now, and in that time it has performed well, with only a couple of disconnections in the time I’ve had it up until writing this review. I would suggest unless you have a reasonably sized bedside table, it is a little on the large side, even if it’s not as tall as the Mi model. The main button works really well, but the side strips do take getting used to, and it’s quite easy, depending on how you’ve placed it in relation to how your arms approach the lamp, to get no response when dragging your finger across the strip. It does seem to need the completely flat pad of your finger, to properly register a touch, and in terms of adjusting the brightness, it will take more than one pass to get it from 100% to the lowest setting.

Despite these minor issues, it’s been fun to use and really adds to the ambience of our bedroom when watching TV, along with all of our other colour lights. I would suggest if you can get used to the touch-sensitive nature of the controls, it’s a better option than the Mi version, if only for the less overbearing height. If you’re interested in which other platforms it can work with besides HomeKit, the Yeelight app states that it can work with Google Home, Amazon Alexa, SmartThings, IFTTT, Tasker, and Yandex, so you’re not short of options really. 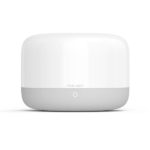 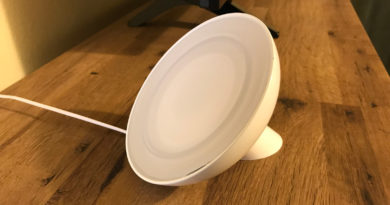 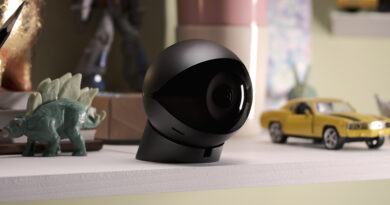 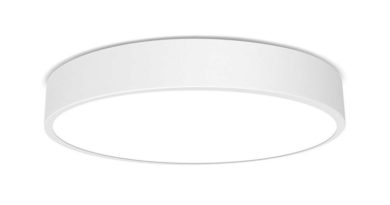