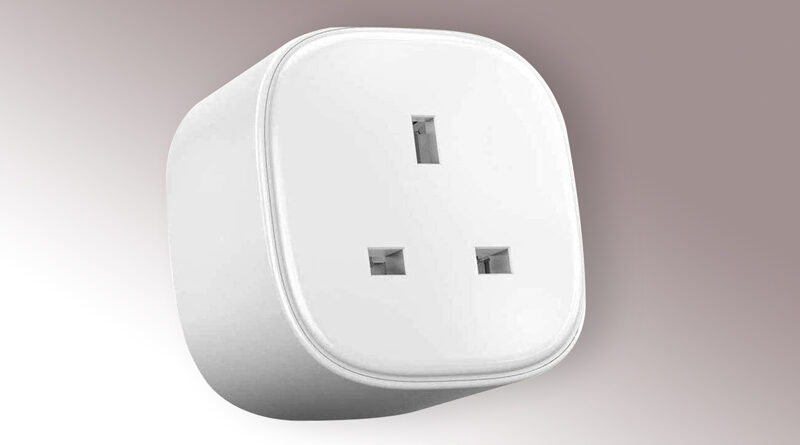 Having been born and bred in the UK, it’s hard not to feel some weird affection for devices with UK plugs, after not having actually used any regularly for many years. With living in Taiwan, the norm is type A & B plugs, commonly known as North American plugs, although they’re also used in Japan, the Philippines, and Mexico too. So when Meross asked if I wanted to review the UK smart plug, my first thought was would it be a good idea, and could I do anything close to a test for such a device. Luckily I am able to, with the help of some equipment I have from the UK (a power strip) and a voltage converter, although the Meross works with 100-240v, so merely an adaptor would have been fine for my tests. Anyway, enough of the reminiscences, let’s have a look at this latest device to hit the UK.

I love to get products in sturdy packaging, and the Meross box fits the bill nicely, despite it being a bit on the basic side. The front sports the HomeKit logo and has small icons representing the different regional models they also make, with the UK variant with a tick underneath it. They also do a US plug, an Australasian plug, and an EU variant with a separate version just for France.

As the packaging is meant for all of these variants, you get the basic specs for each of these listed on the back. In the case of the UK plug it is thus;

It’s also compatible with Amazon Alexa, and Google Assistant, and comes with a 1-year warranty. All pretty standard stuff.

When I was first contacted by Meross, they were going ship one to me via Amazon.co.uk, but after realising I’m not there, they instead sent me one directly from their factory in China. They explained that whilst the product I receive will be branded Refoss, it will, in fact, be a Meross product. Now before you get in any way alarmed, when it comes to Refoss branding, it’s literally only the top of the box and the included booklet that have the Refoss logo, with everything else being Meross. It is identical to the Meross UK plugs I’ve seen online and even has a Meross logo in use for the LED power indicator, so yes, it is a Meross product in all but packaging. Where Refoss products are marketed, I’m not sure, but it’s possible they’re meant for regions that also use a Type G plug, like Malaysia, Singapore etc.

That aside, the contents for the box are fairly sparse, with only a couple of small booklet (in English) to accompany the plug itself.

Coming from using US-style plugs for several years now, I’m a bit taken aback at how large this smart plug is. It’s around twice as deep as a typical UK plug and is rather tall and wide. Of course, when seeing the size of some other UK smart plugs from the likes of Eve and LightWave, this isn’t exactly anything out of the ordinary, which also goes for EU style plugs, but it just shows you how small the US variants are in comparison.

Still, despite its size, I was able to place both this smart plug and a standard UK plug side by side inside the power strip I have (I knew it would come in handy one day…). You may also notice in the second picture, that Meross have included a sort of plinth which house the pins. This is quite useful for when this is plugged into a wall outlet, which it invariable will be, I imagine. The raised section cleverly avoids the area where the wall socket switches reside, thereby not inadvertently blocking said switches into one position, whilst also allowing the buttons to be turned on and off. You can also see how incredibly deep the smart plug is when lined up next to the standard UK plug.

This is something I believe is missing from the Type G variant of the Aqara Hub, for example (yes, I know it’s not actually out in the UK yet).

I opted to add this directly to HomeKit, given that the plug itself has no special functions that require the Meross app, aside from possible firmware updates, and when initially setting my iPhone to the 2.4GHz network in order to add the plug, you can see the plug listed as a new device, and recognised as a Meross device.

Adding to HomeKit is, as expected, very easy. Simply scan the code, wait for it to connect, and it’s all done within a minute or so.

You then simply need to add it to a room, choose whether it’s seen as a power point, a fan, or a light, and whether you want it as a favourite or not. It’ll then appear with its own tile in the Home app.

As it’s merely able to be turned on or off, you only get the toggle switch when you long-press to get to the settings section, and if you scroll down, once again you see more evidence of this being a Meross product with the manufacturer and the app listed as Meross. The Meross even makes an appearance via the green LED power indicator. This LED is not configurable within the Home or the Meross apps, and turns on or off depending on the power state the plug is in.

Now, as I’ve already stated, in Taiwan they use Type A and B plugs and sockets, so in order to test the relative reliability of this plug, I had to have it stuck into my UK power strip. Once plugged in, I had it set to turn on and off at three different times of the day but made sure that these times were different for every other day of the week. I would also periodically check the status and response of the plug within the Home app.  I kept the plug in the room that I also usually spend most of my time, so I was able to hear the ‘click’ when it turned on and off at the preset times. I also plugged a battery charger into the plug to make sure that it was at least sending out power. In all of these tests over the course of just less than two weeks (at the time of writing) it has performed 100% of the time. Occasionally, if I pressed the tile in the Home app, to turn the plug on, there would be a slight delay, but I’ve seen this kind of random behaviour in the best and most reliable of devices, so it’s of no consequence in reality.

Can I recommend it? For the price, without a doubt. I obviously won’t be using it myself, if I’m honest, but I may be able to send it to someone in Hong Kong at some point. The price in the UK, at a mere £16.99 makes this a real contender, especially when there’s so little competition out there at present, so it’s worth a punt for sure. It’s not elegant looking, but then I’ve seen a lot worse. I think the only thing that could possibly be a bit off-putting is the size, but then it would appear most of the other smart plugs are in the same ballpark in this regard. For some, it would possibly have nice to get energy monitoring, but personally, it’s not something I find myself using, to be honest. 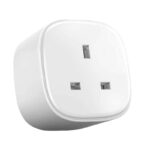 Buy from Amazon.co.uk
Buy the 2-pack from amazon.co.uk 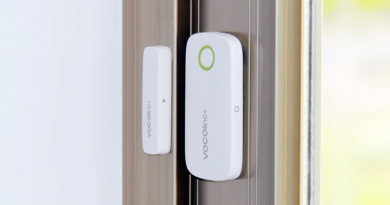