When it comes to Smart Home products, it could be argued that Xiaomi has a bit of a branding issue, with a lot of people getting confused over whether certain companies are actually owned by Xiaomi, or are simply associated with them. This has been the case with Aqara for example, who are in fact a totally separate brand, owned by Lumi United, that supply product to Xiaomi under the Mi or Mijia brand. The mention of Mi and Mijia adds to this confusion, as some devices have the ‘Mi’ logo, whilst others have the Mijia ‘Shield’ logo. With the Mi Smart LED Ceiling Light 450, you get both the Mi and Mijia logos, with the product made by yet another separate Xiaomi supplier, in this case, Yeelight.  Yeah, complicated to a degree…

Still, should that matter to the consumer? Probably not, although a quick Google search of ceiling lights by Yeelight or Mijia, and you’ll see a wide variety of ceiling lights on offer, some of which look decidedly similar. The reason this is mentioned is that today’s review product is by Mijia, and was purchased in Taiwan. Judging by the packaging and the manual, however, this is in fact an international product, or at least should be at some point soon, although whether it’s called ‘Mi Smart LED Ceiling Light 450’ where you live is another question entirely, so if you do see something that matches these specs, and is also HomeKit compatible, chances are it’s the same or a similarly worthy product. With that out of the way, let’s proceed with the review…

As with most Mi branded products now, they’re not going to look out of place on the shelf at an Apple store, although given the size of this box, I’d say these aren’t going to be sat on shelves any time soon. The front has all the icons you need to let you know some of its features, which are;

As can be gathered from the first point, this is not a colour lamp, but you do get cool to warm whites, which is fine for something designed to cover a reasonably large room. It’s suitable for 110-120v and 220-240v regions, so as alluded to before, this appears to be designed for international sales. The point about dust and moths is that the unit can be sealed much like the lid of a jar, which I’ll go into later. You can also see that aside from HomeKit compatibility, it will work with Amazon Alexa, and the Google Assistant.

Whilst it’s got control for colour temperature, like many lamps and bulbs from Mijia (Yeelight…), it comes with a Moonlight, or Moon mode, which essentially lets the brightness go really quite low. The light is quite bright, topping out at a whopping 3100lm when using cool white light, so it’s designed for rooms between 15 – 25 sq metres (49 – 82 sq feet). That’s roughly the equivalent of four Hue White Ambience bulbs I guess.

There’s not a lot in th box, aside from the light, in two parts, along with a multi-language manual (CN, EN, DE, FR, ES, IT, RU, KO, AR, PL, PT),   a warranty booklet, and some screws with matching rail plugs for mounting the light to your ceiling. Whilst the diffuser is light and ‘plasticky’ it doesn’t feel cheap and has a matt texture, rather than shiny, scratch attracting plastic. Similarly, the section with the LEDs looks impressively well made, and solid.

The body is some kind of metal, probably aluminium, with some serious looking LEDs dotted around the fitting, in two rows.

Although it looks impressive and a little intimidating if you’re not used to fitting a ceiling light, it’s actually quite straightforward. The diffuser fits to the main body with the aid of clips, the wires from your previous light fitting pass through a hole to connect to the neutral, live and earth connectors in the switch, and the whole light is held to your ceiling with the two screws that pass through holes either side of the main body.

Being HomeKit compatible, via the HomeKit code, but also a Mi product, and made by Yeelight, this can be added to all three apps, although I’d recommend adding it to Mi Home first. From there, you’ll be given the opportunity to add it to HomeKit if you want to. Additionally, by signing into the Yeelight app, using the same credentials as your Mi Home account, the light will automatically appear there too.

In the Home app, you only get the option to control the brightness and colour temperature, but in both the Mi Home and Yeelight apps, you also get access to lighting effects and presets, which also includes the Moonlight mode. As both the Yeelight and Mi Home apps are compatible with Siri Shortcuts, you can always trigger the Moonlight mode, or any of the other presets, via Siri, or via the Shortcuts app.

As stated, the Mi LED Smart Light can produce warm to cool whites (2700 – 6000K), and it does so very well, as you can see via the images above. I tend to find that the warm white for most lighting products are a tad too orange for me, but then with this covering larger rooms, it’s less noticeable, generally speaking. At the coolest white setting, you can get as much as 3100lm, which is more than bright enough for most regular, square-shaped rooms, and in my case, I’ve tended to ramp the brightness down on occasion.

As previously mentioned, there’s the option to use Moonlight mode via the Yeelight and Mi Home apps. What you get is super low-level lighting, suitable for late-night use, or maybe even for a youngsters’ bedroom if they’re scared of the dark perhaps. As you can see the levels achievable are well below what you would normally be able to get. This is possible by just using the warm white LEDs, which are outnumbered by the cool white LEDs by a ratio of roughly 2 to 1.

Just to give you an idea of how the manufacturer has been able to achieve the low light levels in Moonlight mode, you can see that at 100% the same warm white LEDs are employed but at the lowest level possible using both the inner single LED for each circle, along with the outer LED ring. To get as low as 1%, the second image shows (and you have to look really hard) that only the single LEDs are employed at their lowest level.

If you were thinking “why would I need a remote for a smart light??” you would probably be in good company, and it would make sense to ask why. However, as this is designed for ceilings, it’s not the same as a smart bedside lamp, like the Yeelight Staria Pro, where there’s an easily reachable physical button when required, so unless you happened to be about 9ft tall, putting a button on the light itself is a non-starter. This is where the optional remote control by Yeelight comes in. It connects exclusively via Bluetooth to the ceiling light and isn’t smart as such, so when paired with the light, it won’t show up in either the Mi Home or Yeelight apps, let alone be exposed to HomeKit.

All of the functionality available for the light is included in the remote – separate On and Off buttons, a brightness rocker button, and separate buttons to control the colour temperature or turn the Moonlight mode on or off. It uses a CR2032 battery and can – if you want – be mounted to a wall, although it doesn’t come with any adhesive patches, so you’ll have to source your own.

Another option, also by Yeelight, is the Wireless Rotary Dimmer switch. As with the Yeelight remote, this isn’t exactly a smart device in that it doesn’t get added to your smart home. It’s directly connected to the light you pair it with via Bluetooth, and also provides all of the functionality you need, albeit in a different way. Pressing the dial gives you simple on/off control of the light. Double pressing the dial activates Moonlight mode. If you press and hold the dial whilst also turning it, you can adjust the colour temperature of the light. Turning the dial controls the brightness levels regardless of whether you’re in normal or Moonlight mode. The one I have is the wireless model (there’s a wired one too), and as it’s designed to look more like a regular wall switch, it can be stuck to a wall, with included tape. In the case of this switch, however, the rear has velcro strips, which correspond with adhesive strips that stick to the wall. The outward-facing side of the strips that stick to the wall has velcro that connects to the velcro on the rear of the switch. Personally, I would have preferred simple double-sided strips, but the thinking is that whilst you might not be able to place these rotary switches on other walls, you can at least remove them from the wall and have them sat on a coffee table for convenience, whilst also allowing them to be placed back on the wall when required. A magnetic switch holder of the type used with the Opple wireless switches would have been the best solution.

Of course, as these are compatible with Mi Home and HomeKit, it means any wireless button can control the light, so you aren’t restricted to these two offerings from Yeelight, although they do offer all of the functionality, including Moonlight mode.

Although I’ve been getting into the idea of smart light switches controlling dumb LED bulbs, namely with the Aqara US switches, this light has been exceptional. It does use WiFi, which I’ve been trying to reduce my dependency on with smart devices, but it does a great job of lighting a room, and so on that basis, it can’t be faulted. Now, at the start of the article, I mentioned that a Google search for Yeelight ceiling lights will bring up a lot of options, some of which offer colour ambient lighting in the form of colour LEDs that light upwards, thereby providing accent colour lighting on your ceiling. I wished this was one of those lights, but it isn’t. I think I’ll survive without, and in all honesty, it’s probable that these colour accent light options aren’t exposed to HomeKit anyway, like the Moonlight mode, so it’s not so enticing perhaps. Another plus is that it’s also sealed, so there’s no issue with seeing a slowly increasing graveyard of dead bugs (or dust for that matter) collecting in the diffuser. For the price, it really is a steal (assuming it can be bought for around the same price as in Taiwan), and I can’t complain about the design, which is something you see across the board with a lot of the Yeelight products, even if they’re Mi branded.

Whilst I was able to buy this over the counter in Taiwan, due to Xiaomi’s distribution being a bit patchy outside of Asia, it seems it’s not quite as easy to find. However, I’ve put a few links together for places that I was able to find it. None of the links below are affiliate links, just in case that’s an issue for you. 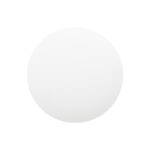 Buy on Amazon.de
Buy on GearBest.com 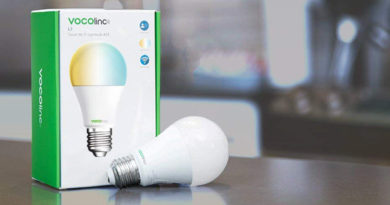 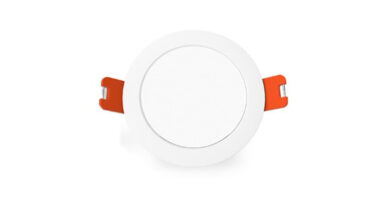