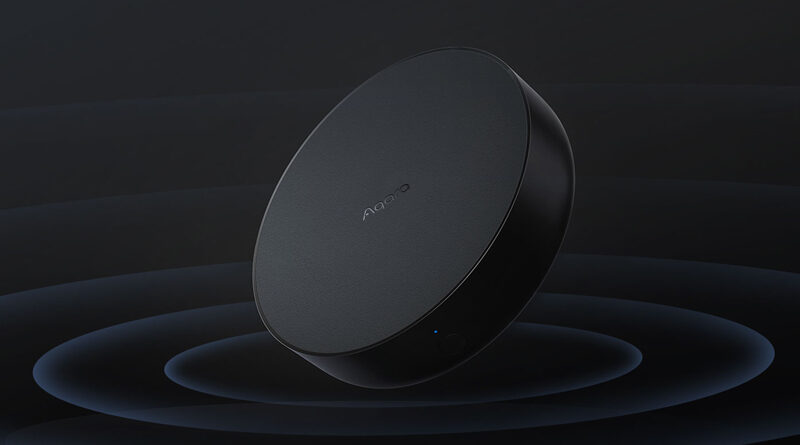 Aqara today announced that both their long-awaited M1S and M2 Zigbee 3.0 hubs have finally gotten their official US release via Amazon.com. This follows on from both of the aforementioned hubs becoming available in the EU at the end of last year, which was in turn preceded by their official releases in Mainland China in 2020. Whilst the Shenzhen-based company have since released a tidal wave of devices – including even more hubs – these are only the second and third Aqara hubs to be released in North America unless you count the Aqara G2H camera, which also contains a Zigbee 3.0 hub.

If you’re not aware of the M2, it is seen by many as the company’s flagship gateway, with not only HomeKit compatibility, as expected, but both a 2.4GHz wireless connection and a wired connection, via a built-in ethernet port. It also differs from the original hub, now generally referred to as the M1, in that it’s powered with a more common micro-USB cable and plug, meaning it won’t block an unused outlet – something the M1 currently does, due to the shape and size of the device.

What’s even more interesting about this particular hub, is that it also includes an infrared (IR) transceiver, which allows it to control devices in the home that you would normally use an IR remote, like games consoles, set-top boxes, TVs, ACs, fans etc. It’s also a Zigbee 3.0 hub, so it’ll work with the current any newer Aqara devices as they’re released, as well as containing a Bluetooth gateway, although at present the Bluetooth functionality is largely unused, and may well only be deployed for initial pairing purposes. What it doesn’t have compared to the M1 is the trademark LED colour ring. It does have a built-in speaker, but it isn’t as loud. However, unlike the original M1, the M2 supports all four alarm modes in HomeKit and sync successfully with the Aqara app.

The Aqara M1S will look very familiar, as it basically retains the same design as the original M1 Aqara hub. However, the M1S – like the M2 – now has full HomeKit/Aqara alarm integration, with all four working alarm modes supported and synced. It also retains the built-in LED ring, which has been upgraded, with the LED ring subtly fading out when turned off, along with improved colour accuracy. The M1S also features a 2×2 MIMO WiFi Antenna for a more reliable WiFi connection.

Both hubs are quite reasonably priced, with the M1S priced at just US$49.99, which is US$10 cheaper than the original hub when it first launched in the US. You can purchase the M1S HERE whilst also getting yourself a 15% saving with the discount code M1SHUBM1. Likewise, the M2 comes in at just US$57.99, but with a special discount code – M2HUBRD1 – you can get 15% off the list price. The codes are valid through June 11th.

You can check out our breakdown of the M2 hub in the video above, or get information on some of the different hubs currently available – including the M1S – in the video below;