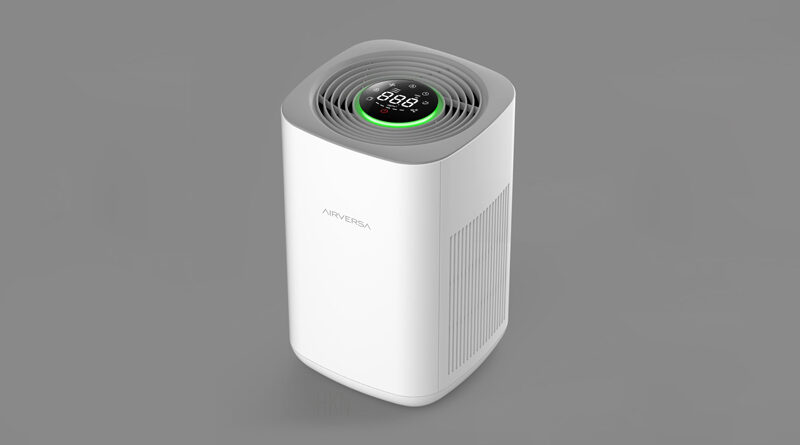 We’ve been tipped off to what we reckon is a market-first that should hopefully be hitting stores soon, namely the world’s first Thread-enabled Air Purifier, from a brand called Airversa.  Based on the information we’ve been able to glean from an Airversa representative, the new device – simply called the ‘Purelle Air Purifier‘ – uses H13 True HEPA filtration via dual air filters, which work in tandem with the 5-speed fan, allowing control over the cleaning power and noise levels of the air purifier.

Up to this point, smart home air purifiers, even ones that aren’t HomeKit compatible, tend to use standard 2.4GHz WiFi to connect to your network, so the Purelle using Thread is a bit of a departure, and one that may well be very popular, if the early and fast adoption rate for any Thread-enabled devices is anything to go by.

The design is very ‘Apple’ at first glance, and features no mechanical buttons that we can see, with all physical controls accessible via a large circular display in the centre of the air vent at the top of the device. From the image above, it would seem you have access to most of the data you’re likely to need, including the basics – power, fan speeds, and timers, as well as filter life, a child lock, and night mode. The largest part of the display is taken up with the PM2.5 readout, which indicates that, unlike last year’s offering by Meross, the Purelle includes a PM2.5 sensor. Indeed, given the large green LED ring that surrounds the display, it’s also safe to assume this would change colour based on the indoor air quality.

Based on the information we have, this new product is designed to work in medium to large rooms. The size also seems to be comparable to other recent products by the aforementioned Meross, as well as Smartmi, and Sensibo, although as already stated, these all use 2.4GHz WiFi, not Thread, like the Purelle.

Currently, there’s no word on a release date, although the company’s website does list the Purelle at US$199.99, next to a mini desktop version (Purelle Mini), that we’re told is not ‘smart’. Additionally, as this is Thread-enabled, at this time, it’s a HomeKit exclusive, which also means that to take full advantage of the device’s Thread capabilities, you’re going to need either a HomePod Mini or a 2021 model Apple TV4K. If you don’t have one of these, you can still connect to it via Bluetooth. 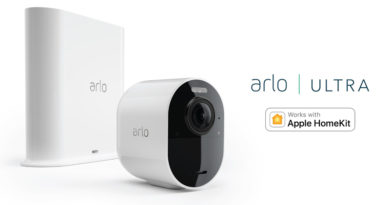 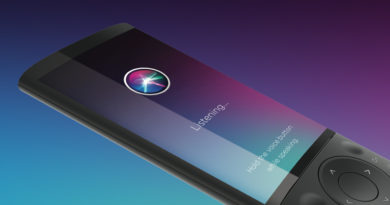