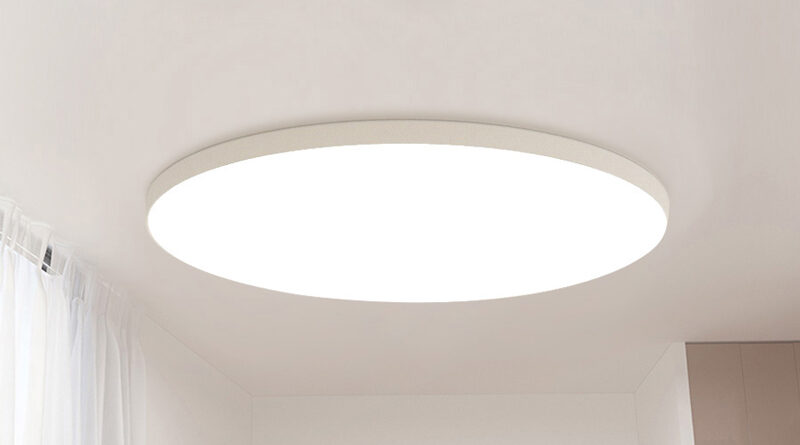 If you’ve been following this website or our YouTube channel, you’ll be aware of ZemiSmart and its fast-paced entry into HomeKit, largely thanks to its Zigbee hub. Carrying on with the company’s Zigbee-based devices, today I’m looking at their Smart Ceiling Light (or lamp), which offers both full colour and white light, with a maximum output of 1,920 lumens, which you’d only achieve with the lamp set to cool white at 100%. That’s still pretty bright though, and today we’re going to see if it’s a worthy device for your home.

Starting off with the box, eagle-eyed HomeKit fans might well recognise this from a lamp that was released earlier this year, finding its way onto places like AliExpress. One difference with that product is that it doesn’t feature the ZemiSmart branding, and whilst both this lamp and the model by CozyLife are HomeKit compatible, the CozyLife version uses WiFi, and not Zigbee, like the model we’re reviewing today. ZemiSmart does offer a WiFi version according to the box, but there’s no sign of it on their website at the time of writing. The CozyLife model also comes with a remote control. I personally try to avoid WiFi devices these days unless it’s a real requirement (cameras for example), so I’m glad to see the Zigbee version, even if it requires the company’s own HomeKit-compatible Zigbee hub.

One thing I should mention to put your mind at ease in terms of HomeKit compatibility is that whilst the box doesn’t have a HomeKit logo, with only Amazon and Google Showing up, this is 100% compatible, via the hub of course. This isn’t out of the ordinary, however, as even Hue lights won’t show the HomeKit logo, given that it’s the Hue Bridge that’s the HomeKit part, essentially. The box also goes on to let you know that not only is there a black-rimmed version, but there’s also a white version, which is the one I have here. The basic features are also listed, which include 16 million colours, as standard, scenes, schedules and timers (all via either HomeKit or the Tuya app), as well as the ability to have warm or cool white, courtesy of separate LEDs, so there’s no approximation of white light using RGB LEDs.

The lamp itself has a very slim bevel surrounding the diffuser, although that bevel is deeper when viewed in profile. You’re unlikely to concentrate on that though unless you have very low ceilings or you’re over 8ft tall… The lamp is rather unadorned so if you like the plain look, this won’t disappoint.

The lamp has an interesting, if not entirely unique method of mounting the ceiling light; The underside has a removable frame or bracket that has two holes for screws that allow you to attach it to the ceiling, without the need to mount the whole unit in one go. This bracket has two wires that you would connect the wires from any previously installed light fitting, with those wires terminating in a couple of connectors.

These connectors then come into contact with a pair of pins on the main lamp body once you slide the bracket into place via the tracks on the underside of the lamp. it does make fitting the lamp easier than I’d found with the Mijia Ceiling Lamp 450 I reviewed a while ago, although Yeelight (who also makes many of Mijia’s lighting products) has different but equally useful methods of connecting the lamp to the ceiling.

One thing to note, however, is that the wires for the lamp aren’t especially strong, so you should take care to make sure they aren’t pulled or put under too much strain, as they could break from the frame. This is unlikely if you’re fitting it and leaving it alone, but it’s worth noting.

In addition to the lamp, you get two screws and corresponding rawl plugs. There’s also a very, very small booklet that doesn’t actually refer to the lamp, but one of their colour bulbs. Even though I’d say this look poor for the company, in actuality, it doesn’t really matter, as the installation is easy as long as you use the Tuya or Smart Life app;

IN HOMEKIT | THE HOME APP

As you can see, the lamp appears in HomeKit just like any other colour lighting product. You get the slider control, along with options to choose your colour or colour temperature.

If you were in any doubt the lamp works with HomeKit, you can see that the lamp is connected to a bridge (screenshot #1), with the hub listed as the Zemismart hub (screenshot #2). Screenshot #3 shows the devices currently connected to the hub – a zemismart light strip and the lamp.

IN THE TUYA APP

I don’t really use the Tuya app for anything other than updates or adding a device, but it’s actually a fairly well-appointed app, all the same. n the main page, you can control some basic features of the lamp directly without having to go into the dedicated page for the lamp itself. Apart from on/off, brightness, and colour temperature, you also get an option called the ‘Zigbee Light Link Threshold’. Although I’m not entirely sure what it’s for, it would appear to be of use with third-party Zigbee bridges, like Philips Hue, which this lamp is apparently also compatible with, although adding it to the Hue bridge won’t expose it to HomeKit. According to the manual (even though the manual isn’t specifically for this lamp…) the lamp can also work with Amazon Echo devices with a Zigbee radio built-in, as well as the SmartThings hub.

The app has the standard colour wheels for colour and colour temperature, as well as a ‘Scenes’ tab, which you’ll find in pretty much every ‘own-product’ app these days.

There’s a Music tab that animates the light based on the audio picked up from your iPhone’s mic (whoopee…) and a ‘More’ tab that lists options like Plan, Schedule, Timer, Rhythms, and Power-on behaviour. The latter two are of most interest in my opinion.

‘Rhythms’ is actually ‘Biorhythms’ and is designed to be used in a similar way to Apple’s Adaptive Lighting, so it adjusts the colour temperature and brightness throughout the course of the day, in order to provide lighting suitable for the time of day. This, apparently helps you to be alert and productive, or relaxed, depending on the time of day, and the colour temperature. Whilst Adaptive Lighting is all done automatically, in this case, you can program it yourself.

The ‘Power-on behaviour’ option, has more sub-options, so alongside the usual feature that allows you to set how the light reacts once power is restored to the lamp, you also get options to have the light brighten or dim gradually over a period of time. The Other option available is Do Not Disturb, but in this case, it allows the app to turn the light off, with the light blocked from being turned on -presumably via a wireless button – unless the said button is pressed twice. Clever.

When setting up the lamp, I was pleasantly surprised at the colour generated by the LEDs. It’s not that the colours are especially rich, although they’re more than passable, but it was the evenness of the colour throughout the diffuser. There’s no way of detecting the individual LEDs, so what you’re left with is a really solid ball of colour. Personally, I think a ceiling lamp should really focus on decent whites, but for a child’s room, this would probably be more than welcome I imagine.

I mentioned at the start that this lamp has separate LEDs for cool and warm white, and as such the whites are pretty decent. The cool white setting is where you’re going to get the maximum amount of brightness. Warm white is pretty good too, with the white not being overly orange like I’ve found with some RGB bulbs.

It’s fair to say that Zemismart seem to be trying its hardest to churn products out at a fast pace for us HomeKit users, so it’s hard to complain about minor issues that you might find with some of their products, especially for the price. In the case of this lamp, I was once again surprised at how well it performed. The minor negative points are build quality; With a lamp of this type, you’re going to set it up and largely forget about it, so even though the materials used feel a bit on the cheap side, essentially it shouldn’t matter too much. The wires used for the switch should be more robust in my opinion, but once again, as long as you don’t keep moving the lamp hither and thither, it shouldn’t matter too much. All in all, better than expected, even if it doesn’t offer anything majorly exciting or original, but then ceiling lamps are still relatively scarce in comparison to bulbs. 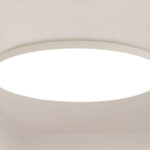 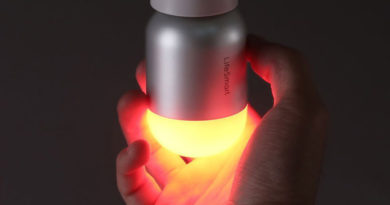 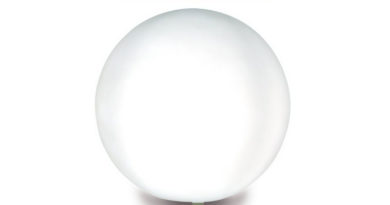 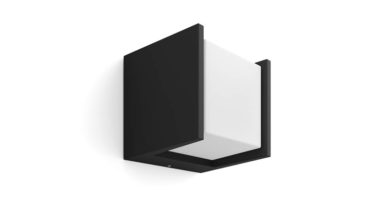