NB: This tutorial has been updated to reflect the new release of the Elgato Eve app, so the images and instructions may be different from what you see in your version of the Eve app. If you haven’t updated the Eve app, please do so in order to follow this tutorial more easily and accurately.

If you’ve read part 1 of this tutorial on how to multiply the amount of functions you can assign to your Elgato Eve Button beyond the basic three Scenes or actions, you’ll know that while it’s great to have the freedom to have lots of control over different parts of the day, some would say it’s hard to remember what all the presses do at different times of the day. Well there is another way of adding extra functionality to you button, but still keep to three basic scenes if you want that simplicity.

What I’ll demonstrate here is going to be a little more limited, basically normally only working with devices that function in an ‘on’ or ‘off’ state, like lights or smart sockets. So in this example, whereas a typical way you might tend to program a light to turn on and off would be a separate press for each action (basically using 2 out of the 3 functions just to operate a light), I’ll show you how to be able to do the same thing with just one of the three available ‘presses’ available with the Eve Button.

Go into the Eve app, and click on ‘Scenes’.

Now if you create another Rule, using the same double press, but with the basic opposites for the Condition – ‘Hue Go power = ON’ and then make sure that the scene that is activated is ‘Hue Go OFF’ then you will have created two rules for the one button, like so;

You’ve simply created an on/off button from one press instead of two. 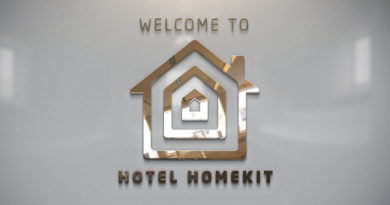 HomeKit Hotel: Take You Smart Home on The Road 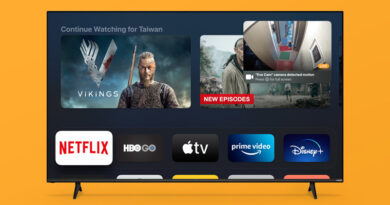 How to Add Video Camera Notifications to Your Apple TV