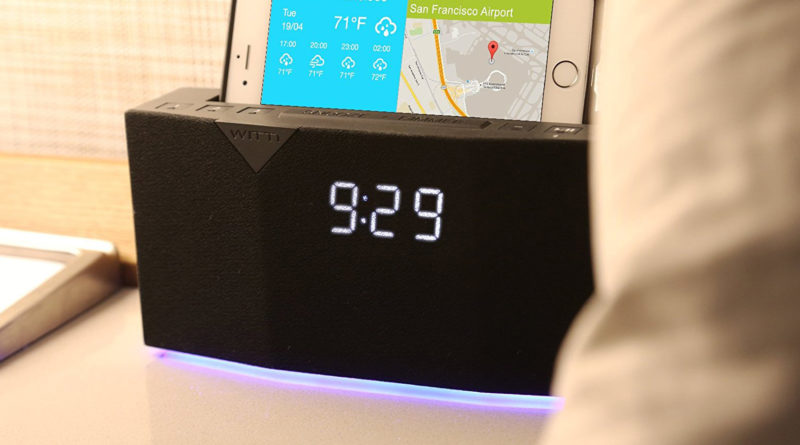 ShareTweetSubscribe
So, I bought the Beddi by witti. The device has been around for a while now, but seems to have largely slipped under the HomeKit community radar, which when I saw it, I had to give it a try. So, what is it? It’s a Bluetooth Speaker, an alarm clock, and a sort of smart controller. It’s advertised as being compatible with HomeKit, which is ‘sort of’ true, but as we’ll see, that’s not the full picture.
When you turn the device on by plugging it in, whether it has been turned on (unplugged and replugged in) once or 100 times it does a bluetooth check. That check is for pairing. It will not do a ‘hard pair’ to two bluetooth devices that I know of. The controlling device (either your iPhone or an iPod Touch) always controls the device, but the speaker element can behave like a generic bluetooth speaker. Meaning in short, you can control its playback from any bluetooth device.
First of all, it’s fair to point out that as it stands, this device will only interact with HomeKit if the companion app is running in the foreground. This doesn’t however mean that the screen has to be ‘on’. The screen can be off and as long as the app is running, then the ‘limited’ Homekit functionality – which we’ll get to in a bit – will work. This may seem like a big deal, but considering the only time you might be using the device is when you’re at home, in bed watching a movie, you’ll probably want your phone to be charging, so as this device will charge your phone and add the smart buttons and speaker, it’s really logical for most purposes. The other scenario is when you’re asleep and once again, your phone will be charging, as is typical. Why not have it charging with your smart clock, that’s going to tell you the time, maybe play some music to start your day, and with the smart buttons, give you easy access to turning on scenes, like turn on the coffee machine, or set the living room lights to 30% for when you go downstairs? It has to be made clear though, that without an iPhone or iPod Touch connected to this device, it’s functionality is limited, and as such the smart buttons will simply not function.
So, onto these smart buttons; You get three buttons that can be assigned to scenes that you’ve created in the Home app, and as stated before these can be for anything you think would be useful to have quick physical access to from your bed. However, the one thing you need to be aware of is that, If you have a HomeKit Home named anything other than ‘My Home’, the app doesn’t pull in the scenes that you’ve created other than the basic pre-made scenes that exist in Home already (Arrive Home, Good Morning, Good Night and Leave Home). If you’re ok with naming your home ‘My Home’ you’re good to go. Once you’ve gone through this process, you can rename your home if you wish, but every time you want to sync new scenes to the buttons, you’ll have to go back to ‘my home’ again. Scenes are the only thing the app/device access, so you can’t use these buttons for automations, but considering you can add automations to a scene, it’s not a big deal. The one thing that does indicate that this isn’t a true HomeKit device is that it doesn’t show up at all in homeKit, even though it has a light on the underside, which is a shame really. The Beddi comes with a radio antenna, so it can act as a regular FM radio. There are two USB sockets for charging/connecting your devices and a mini USB service port.

Screen shots from the app:

So in real life terms, I get a digital clock, I get a bluetooth speaker, and I get 3 scene-only programmable buttons. These buttons are multifunction though! Each of the three buttons can react to a single, double and long press. If you want to have this device ‘always on’ and not have to leave your phone in the cradle just for this purpose, you can just as easily purchase a cheap iPod Touch that is connected to your HomeKit enabled home, which at the end of the day gets you the equivalent of an Elgato Eve Button, clock and speaker for around $85 or less on eBay or Amazon. My daughter loves pressing button one once for her scene and pressing button 2 once for her mom’s scene. She also knows if she presses button 2 twice that’s when we do our homework.

Screen shots from the app:

Lets talk about spotify: If you want to use spotify on this product, you need to log in and it will relay spotify to your phone from the speaker. Yep, it won’t play on the speaker itself. This seems odd, but as it’s a Bluetooth speaker, you can do it the other way around (Spotify from iPhone to speaker), but it won’t natively play which is a big minus point.
Onto the alarm clock; unfortunately, the alarm doesn’t kick in and then set off a scene, so it’s just a clock/alarm in that respect. This was a project on kickstarter and it isn’t really a homekit thing, it simply interacts with HomeKit in its limited scope.
Should you buy it? If you’re deep into HomeKit and just want everything to appear and be controlled from your iPhone, iPod Touch or iPad, then probably not. Is it nothing but an expensive alarm clock? Well, no it’s much more than that, but it is sort of a ‘halfway house’ kind of product that does a few things that no other product is doing currently with HomeKit, albeit in a round about way. It’s all down to what you want out of it versus your expectations of what this kind of device should be capable of. If you know the answer, then you either buy it or you don’t. 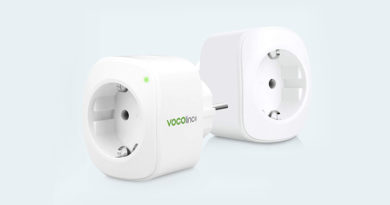 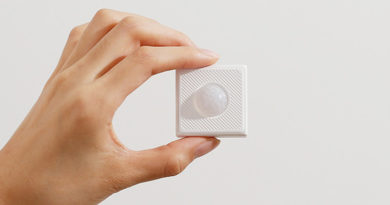 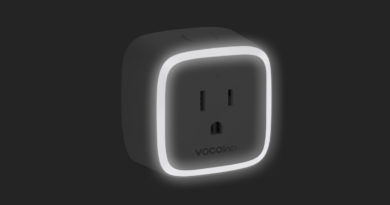