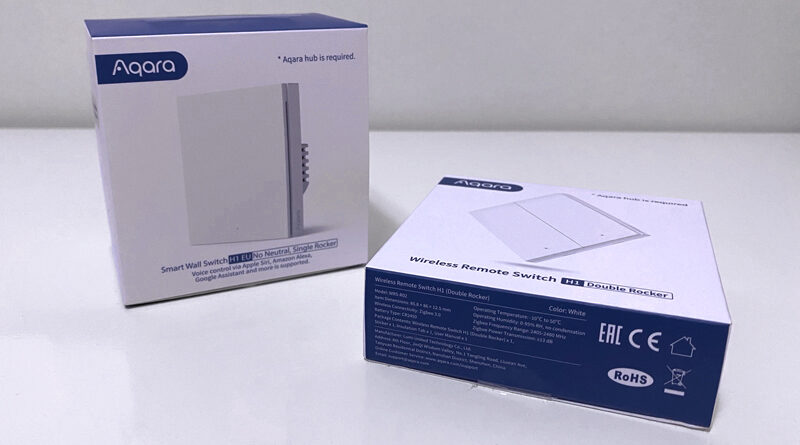 Not long after the Aqara H1 Switches surfaced online via a Polish tech website, we were able to get our hands on both the same wired switch, as well as the wireless version of the switch, in this case, a double wireless rocker. Today we’re just going to share our images of these products with you, but as always, if you have any questions regarding any of these products, feel free to drop a comment below, and we’ll do our best to answer your enquiries. One thing to note is that at present the H1 wireless switches are not exposed to HomeKit, although Aqara has said this compatibility will be coming shortly.

As you can see from the retail packaging, these switches are designed for Europe, with various languages on the side of the box, along with Alexa, and a new smart assistant from Russian company Mail.ru, called Marusia.

As you can see, the rear box is specifically designed for EU switch recesses. In this case, there’s no neutral required, although a neutral version in both single and double rocker variants will also be available.

The Wireless switches use a CR2450 coin battery for up to 5 years of life on a single battery.

Chinese consumers already have access to both the wired and wireless H2 switches, although the Chinese wired switch won’t fit EU switch recesses, and isn’t certified safe for EU usage. That’s less relevant for the wireless switches of course, and the Chinese versions instead of only coming in a white variant, also come in grey/graphite or gold options. Here’s the grey double rocker from China.

The H1 wireless button is set to High-Speed Click Mode by default but can be changed to the more familiar ‘Multi-function Mode’ if preferred. 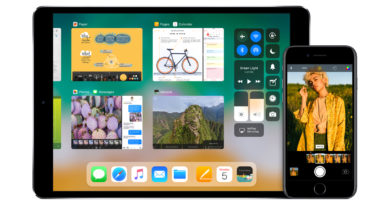 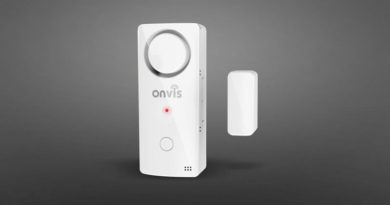 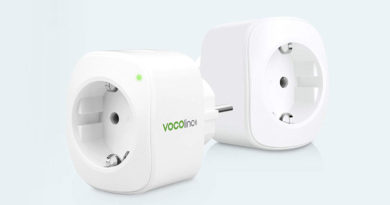