I own a few Eve products, and this is the first of the new style range with the aluminium surround, which is vaguely reminiscent of an iMac design aesthetic. This is also the first HomeKit gadget that comes with the new style QR code to enable you to add the device to the platform.

The 8 digit code is still there too, so if you prefer to just add the digits, that’s still possible. As with most, of the Eve range, this is a Bluetooth only product, so there’s no wifi chip. This is good if you don’t want to swamp your Router with connections, and it’ll still work if your internet goes down, although remote access won’t work in this case. The downside of Bluetooth connectivity is that the range is slightly more limited than wifi, so this does need to be within about 15 metres of your hub – in my case the Apple TV4K. I use this in the bedroom, where my Apple TV is also located, so it’s not an issue personally. The button is powered by a standard, circular CR2032 battery and should last between 6-12 months.

The button itself is fairly straightforward, with 3 different presses controlling three scenes, combination of scenes, or simple actions. So, you have a choice a single press, a double press and a long press. These buttons can be programmed in any of the HomeKit compatible apps, including Eve’s own Eve app.

The button also comes with instructions, and a large set of stickers, containing everyday icons that are designed to aid you or a guest understand what functions the button is programmed to perform. I personally avoided using these, as I’m prone to change the scene and what the button is tasked to do, so I’ve just relied on my memory.

One interesting thing about the button that a lot of people haven’t really touched on is that even though you only have three button press actions, you’re not limited to three corresponding actions/scenes. To achieve a lot more from the button, you simply add time-based conditions to the relevant button presses; for example, you could say that the single click turns on your bedroom lamps, but only during the evening or overnight, while in the daytime you could program the same single press to turn on a fan or air purifier. It’s important to note this level of granular programming isn’t possible in the standard Home app, but 3rd party apps, like Eve’s, the Hesperus, or Matthias’ ‘Home’ app do have this ability.

Having used this device for about a month now, I can say while it’s now groundbreaking, it certainly has it’s uses and as it isn’t designed to be mounted on a wall, it can be moved around as you please. My wife uses it every night to set the bedroom lights to go out and the night light to come on between the hours of 11pm – 6am with a single press, and a double press for emergency lighting (we live in a place with regular earthquakes and tremors!). 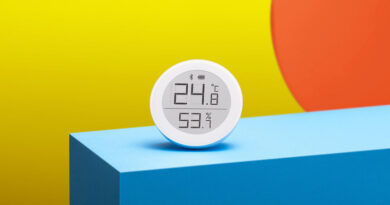 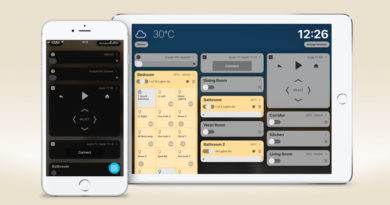 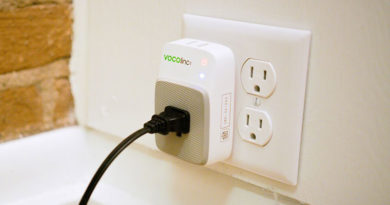