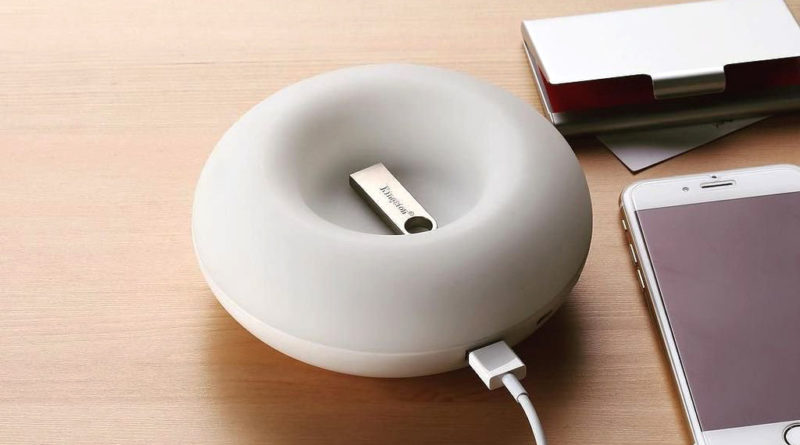 This is easily one of the most useful gadgets I’ve bought for my HomeKit set up, but what is it? It’s a night light, a bedside lamp, something to store the wife’s earrings…and an IR blaster!

Yes, this device can be used to replace the basic aspects of all the different remotes you might have lying around, but with the added twist of being HomeKit compatible. I say ‘compatible’ with a qualification – which is that it’s only HomeKit compatible when used with the LifeSmart Smart Station, which like the Hue Bridge, is essentially a bridge for other LifeSmart devices.

It’s powered via a simple mini USB port at the back, with a mini USB plug at one end and a standard USB plug at the other, which then can plug into any powered USB socket, or depending on where you buy it from, it’ll come with a USB socket of its own. In addition to the power socket, there’s a reset button which also acts to turn the light to different basic colours and ‘off’, and a standard USB port for charging devices. This last port is actually useless in practice, as the power output is so low that it can’t even slow charge any of my phones, so I’m not sure why they even bothered.

So, assuming you’ve got the LifeSmart Smart Station, and you’ve added it to your Homekit setup, this device becomes visible to Homekit appears as a light essentially, with control over the colour, brightness and power. That’s the lighting part of the device covered, so what about the ‘IR Blaster’ part?

Well, you’ll need the free LifeSmart app first of all, which you’d need anyway in order to add the Smart Station to Homekit. With this app, you can then teach it to add a whole host of standard remote controlled devices, like Air Conditioner units, TVs, Humidifiers, Fans etc. by picking from a list of manufacturers, or by teaching it the functions of a specific remote control. With the preset devices, like my Daikin Air Conditioner unit, once it’s identified the model, it will bring up a screen version of the correct remote for you to operate it from the phone. If it’s been taught from another remote, you can then create a sort of on-screen remote with the functions it has learned.

Now this allows you to control stuff from within their app, on the iPhone, but how does it work with Homekit? Well, if you go here, I’ve created a 4 part tutorial on how to achieve this. What I will say is it’s pretty damned good for bringing in non-HomeKit devices into the fold.

The light itself is definitely not as bright as a Hue bulb for example, but it’s easily bright enough for a bedside light and more than bright enough as a night light. I have it set to Red at only 14% as a night light and even that setting is probably a bit too bright for some. It’s capable of the standard 16 million colours, but in this respect the colours are definitely off compared to an official HomeKit colour bulb. It can’t really do a cool white very well either, so I’m guessing inside there are LEDs for Red, Green & Blue but no dedicated White LED. Still, the colours are quite vibrant and the device itself is not too expensive, being available from anything between £25 – £40.

LifeSmart aren’t that well known, but considering what this device is capable of I really do think more people would be buying this if they only knew about it. 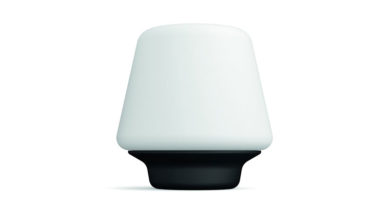