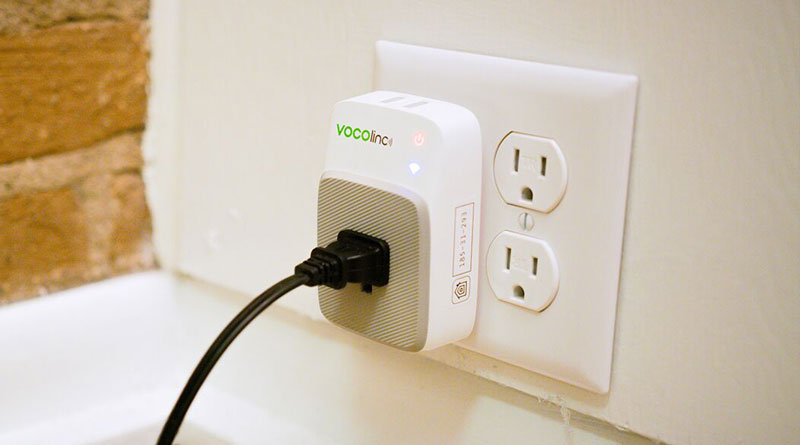 Today I’ll be taking an in depth look at my first piece of ‘smart’ hardware from Vocolinc, the PM3 Smart Outlet.

Vocolinc are a newcomer to the smart home scene, but already they’ve produced a simple smart outlet (PM1), a Smart power bar (PM2), a colour light bulb (L1), the Smart light strip (LS1) and this, the PM3. Not bad for a company that seemed all but nonexistent a year ago. This device arrived today and comes in a really sturdy green and white box, with the ‘Works with Apple HomeKit’ graphic emblazened across the front – good start! 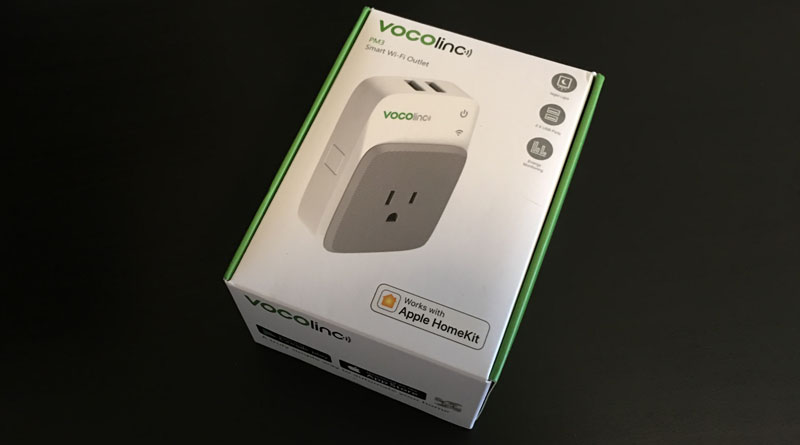 Opening the box, you can again see that the hardware is securely packaged in a gripping plastic interior and two overlaying lids for additional protection. The inside of the box has one of three printouts of the HomeKit code, with one also in the enclosed instruction booklet, and a third on the device itself, so there’s really no excuse for losing the number! The included booklet, printed in English (take note Xiaomi), is simple but thorough enough and also includes QR codes for the relevant apps, should you want to use it with Amazon Alexa or Google Assistant or if you’re using an Android phone.

Onto the outlet itself, and as soon as it’s in your hands, it feels very solidly built, with a quality tactile feel to the plastic along with the very strange 1980’s style diagonal patterned plastic front section. As this is for the US market, it comes with US style electrical pins and works to the 120V power standard. Across the top you’re given two USB ports, and I’m happy to say that they’re powerful enough to charge my iPad Air so iPhones and phablets should be no problem. On the right hand side is a physical power button, should you lose connectivity. Along with the novel inclusion of the two USB sockets, along the bottom edge is a night light. I’m liking this device already…

Adding the device to HomeKit and the Home app is, as I’ve come to expect, an easy task; You just scan the included HomeKit code and you’re done! Once that’s done, you first have to name the device, however, as this has a night light, you get two devices in one when it comes to control via the Home app, so you name the night light first, choose the room it’ll be used in and then you get to choose the actual outlet and decide, as standard, if it’s an outlet, fan or light. You’ll then have two separate tiles for individual control over the outlet and the nightlight. The nightlight itself is dimmable too, so a long/3D press on the tile brings the adjustable brightness slider that you see with all dimmable lights. In the top left hand corner of the device are two small indicator lights, one for power and one to indicate whether the device is receiving a wifi signal. The aforementioned power indicator is only there to tell you if the outlet is providing power to the outlet, not whether the actual device is receiving power, so if it’s not lit, it just means no power is going to the outlet of the device, not the device itself.

In relative darkness you can see that these indicator lights are easily visible and quite bright, although probably not enough to keep you awake unless you’re very sensitive and your bedroom is extremely dark. This brings us onto the night light itself, which as I’ve mentioned before, is dimmable/adjustable. As it’s at the bottom of the device (dependent on how you and where you plug it in of course) it more than easily lights up the floor for you, should you need it for those late night trips to the toilet…or the fridge. Putting the nightlight through a series of (unscientific) tests to see the difference in levels, I instructed Siri to change the brightness to different levels, to see if I could discern the difference in brightness – I set the light to 2%, 5%, 15%, 25%, 40%, 60%, 85%, 95% and finally 100% and I could tell the difference quite easily, even in semi-daylight. This told me, that on the surface at least, this is quite a capable addition to an already good product. This doesn’t guarantee that it’ll be easy to adjust the brightness with the Home app’s built in slider function, but if you’ve got ‘sausage fingers’, nothing will help you!

I’ve only had this device for less than 24 hours as of typing this review, but I have put it to work for a couple of tests in the kitchen and I can tell you it’s very responsive, both to Siri commands, control via the Home app and also via triggers from other HomeKit compatible devices. The tests I used were firstly for the kitchen motion sensor (the LifeSmart Cube Motion Sensor), when triggered, should turn on the night light – this worked flawlessly and very fast each time. The second test involved the actual outlet – I created a scene called ‘Boil The Water’ which would turn on the outlet when this scene/instruction was issued by myself. The outlet was connected to an electric kettle. Once again, this worked without any issues whatsoever, and would also turn off immediately whenever I clicked the outlet tile in the Home app. The one thing that is missing, in terms of a physical switch is one to manually control the night light. I can’t honestly level this oversight solely at this device though, as this is the same for the other smart outlets I have that include a night light, namely the Koogeek P2 and the iDevices Switch.

It’s a little early for me to attest to how reliable it is in terms of staying connected, or how well it works with with other HomeKit devices and automations, but but based on the aforementioned tests, and if the build quality is anything to go by, I don’t think I’ll have any issues. 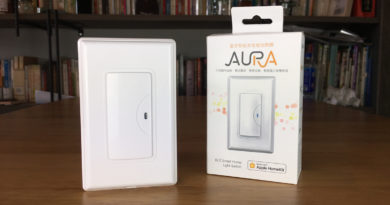 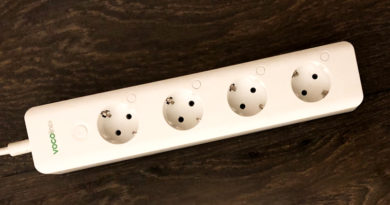