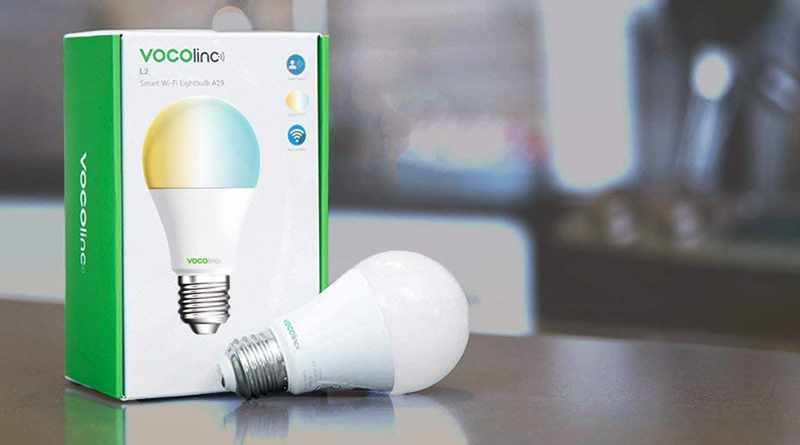 Vocolinc, still a relative newcomer to the Smart Home arena, have been making great strides in getting their name out and about, which is in no small way thanks to their great products, at even greater prices. Given the choice out there for everything from light strips, smart outlets and bulbs, it’s easy for many companies to become invisible when up against the likes of Philips Hue, but Vocolinc seem to be bucking that notion. I’ll attempt to show why this is the case with a review of their latest product, the L2 ‘tuneable White’ Smart Bulb.

As is the case with anything I get my hands on, I always like to see that a company knows how to make a good first impression, and given that I already own another Vocolinc product (the PM3 Smart Outlet), I had certain expectations in regards to this. The first impression is almost inevitably going to be via the packaging, and as with all Vocolinc products so far, this came in a reasonably sturdy carton, with their now recognisable green and white colour scheme. The carton itself gives you more than enough info on the contents of the package on what it’s capable of, compatible with, and even an estimate on the yearly cost of running this bulb. All this is done without going overboard, so full marks for stylish presentation. While this might be irrelevant to some, it does make a difference to many on a subconscious level, if you were to be browsing your local Wal-Mart for example.

Upon opening the box, you soon see that Vocolinc know that this is a fragile item, and as such do their utmost to make sure it isn’t going to roll around in the box. The container itself, aside from housing the bulb, also comes with a comprehensive booklet with instructions on how to install and pair the device, using either their own app or the official Home app. If you use Google Assistant or Amazon’s Alexa, there are instructions for that as well. Very well covered basically. Add to this two small cards, one of which provides a scannable QR code to download a digital copy of the manual and another card that has three more QR codes – one to spread the word on Vocolinc, another to connect to the company via Facebook, and a third (and probably most important) code that enables you to contact them if you’re having issues or are just not satisfied for some reason. To me, this is a vastly underrated area to get right, and one that some companies simply don’t bother with on any meaningful level. Full marks again for customer service.

When it came time to set the bulb up initially, it was quite simply a breeze. You can set this bulb up either using the Vocolinc app, or the Home app, but there’s very little difference either way and the result is the same, although my preference is always via the Home app, as the sequence and display is always the same regardless of the manufacturer. As is standard, you need the 8 digit HomeKit code, or in this case the new HomeKit QR code for scanning. Vocolinc kindly give you three instances of this code in case you mislay them – one on the bulb itself, one on the back page of the manual, and a third code attached to the inside of the box lid. What initially surprised me was that the instructions state that when you first turn on the bulb for pairing, the light is at a certain brightness (the instructions say 5%, but it was way too bright to be that), which was already pretty bright. Once I’d set it up, I checked my phone to lower the brightness, assuming it was around 90-100%, but it was only at 50%. This shocked me that it could be so bright at only half the power. When I set it to 100% I was really impressed with just how ‘luminous’ the bulb was. However, given that bulbs are almost certainly obscured by a shade of some sort, when they’re presented to you in a ‘naked’ state, they’ll always appear brighter. Nevertheless, it seemed plenty bright to me. In terms of the white hues, the cool white is pretty much in line with what you’d expect, which is great, but the warm white seemed to be extra ‘warm’ almost towards orange, which could be great for some, but not really necessary for me. Still, if you wanted to set it to a more ‘standard’ warm white, you simply just set it less towards the extreme end.

Onto the details of this bulb; the L2 doesn’t require any kind of hub to connect to HomeKit, so it has one up on the likes of Hue and the recently updated GE smart bulbs, so besides setting the bulb itself up in the Home app, there’s no other pairing required. The bulb connects and communicates over wifi, so it has a longer signal range than a bluetooth-based bulb like the Sylvania Smart+ line. This is not a colour bulb as such, which is the domain of their other smart light, the Vocolinc L1. The L2 is the equivalent of the Philips Hue White Ambience, in that it provides a white ‘spectrum’, with cool and warm white options. The white frequency range goes from 2200-7000k, which is usually the same range for these types of bulbs. The brightness levels top out at 650lm using 8.5watts of power. This isn’t as bright as the Philips equivalent, but I’ve found that 650-700lm is usually enough for me anyway, with my tendency to use lamps instead of ceiling lights, but of course others may need more. One final thing to note is that whilst Philips Hue have different voltage rated bulbs for different territories (meaning a Hue bulb bought in the UK isn’t really designed to work in the US), these bulbs are designed to work across the voltage spectrum, with a rated input of AC 120v at 60Hz and AC 220-240v at 50Hz, so you can safely buy from the US store and use it in the UK for example.

After having been using these bulbs over the past 48 hours at a more rigorous level than normal, I’ve found them to be super responsive when using the Home app. There’s very little lag when turning on and off. Likewise, when adjusting the brightness of the light, the process is very smooth, with no hint of stuttering brightness levels that you might see on some dimmable lights. When it came to altering the light from cool to warm white, the experience was much the same, with a very smooth, and almost instantaneous response via the app, and once again no noticeable steps between the shades of white. Apple’s Home app has the standard options for changing the white ‘hue’ of the bulb, with a series of presets, from cool to warm, along with the option to tweak the levels, and a standard slider to adjust the brightness levels.

Vocolinc’s own dedicated app has a few other tricks up its sleeve when it comes to effects; Apart from the standard sliders in the ‘temperature’ section of the app, you are presented with three effects; Flashing, Breathing and Candle. ‘Flashing’ simple allows you to get the bulb to flash on and off. This is almost certainly designed for use in cases of emergency, and whilst the flashing is basically just turning the bulb on and off, you can set the specific colour temperature, the interval at which it turn from on to off, and the overall brightness. ‘Breathing’ is almost the same except that the light is turned off and on in a controlled, faded manner. All the other previously mentioned options are present with this preset. Finally, ‘Candle’ is almost more of the same, except it doesn’t turn on and off, instead dimming and brightening the levels in a seemingly random manner in order to replicate candle flicker. I don’t really see myself using any of these, even on an occasional basis, but it’s a nice touch if you want something for Hallowe’en for example. Going back to the temperature settings in the Vocolinc app, you have a few themed presets similar to what you’d find in the official Hue app, with names like ‘Sunrise’, ‘Cloudy Day’ and ‘Daytime’. I’d say that whilst the Vocolinc app is useful to have for a few things, it’s not going to be my ‘go to’ controller, but that’s the same with pretty much all the apps I have. Vocolinc have hinted at a refresh to the app interface, so there could be an improved design on the horizon.

To sum up, having really only owned basic warm white Hue bulbs along with some full colour LifeSmart bulbs up until this point, it’s certainly nice to have a white bulb with temperature options. When it comes to lighting, sometimes just a subtle option is needed, and these fit that niche really well. The price of these is definitely another appealing point, with the price certainly on the lower end when you take into account that you don’t need a hub, so I can only see these being a very welcome addition if you’re in the market for bulbs with more than just plain white.

Note: Vocolinc provided HomeKit News with an L2 Smart Light Bulb for the purpose of this review. No other compensation was made or requested. 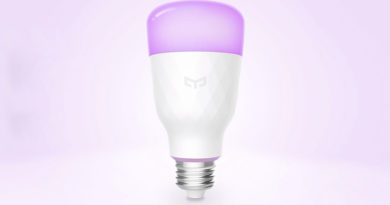 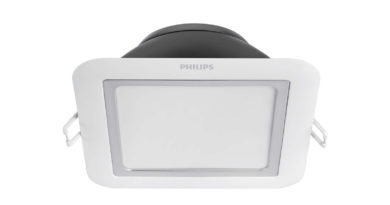 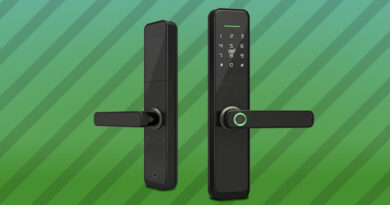