Apple has seeded macOS Mojave beta 3 to public beta testers today, and of course, we have dug around to see what is new for our favorite smart home platform, HomeKit. To our surprise, there were a few changes to be found, and they are mostly cosmetic in nature, as to be expected for an app that is mostly a port over from iOS.

Upon first opening the Home app on macOS Mojave public beta 3, we immediately noticed that the “Plus” button, which is utilized for creating scenes or automations, has again been tweaked. If you may remember from beta 2, the “plus” icon was sporting a thinner look, and while this has carried over to beta 3, we do see that it has been centered on the button itself, creating a much cleaner look. Another visual change that we saw was that the “Home” icon, which was added to the navigation bar for the app in beta 2, has been moved slightly to the right, bringing it closer to the center of its button. Perhaps the biggest change in this release is that this “Home” icon now actually functions. In addition to the obvious menu for switching homes for those with multiple dwellings, it also features a really handy room list, which allows you to quickly move between rooms in the app. Another minor change that we found was that the menu labels for right-click actions on a device have been slightly altered. Previously, controls were labeled “Quick Controls”, and now in beta 3 it is listed as “Show Controls”.

Of course, since we are still within the beta process, there are still some bugs and issues surrounding the Home app. We are continuing to see issues with the Home icon disappearing completely when navigating between rooms or screens within the app. While it is annoying, it is an easy fix, with a simple close and re-opening of the app being the remedy. We have also noticed that the help section for the app is still blank, as well as the previously mentioned missing labels for Rooms on device tiles when within a specific room, which we speculate may be intentional. Actionable notifications, or image previews for camera based notifications are still not present, as well as picture-in-picture mode for viewing a camera feed, which would be a nice addition. By far the biggest issue that we have seen in beta 3 is that the Home app has a tendency to “beach ball” or hang, when right-clicking in rapid succession anywhere within the app. We were able to reproduce this bug at will, and while it only occurs when right-clicking over and over again, we were able to have it strike when just attempting to access the actions for a device.

On the plus side of things. we are happy to report that a few bugs have been addressed in this beta release. The first being that the ability to add custom backgrounds has been restored. In fact, there are actually two ways to go about this process now, with the first being to access a room’s settings and dragging in an image on the blank placeholder image next to the stock home app wallpapers. The second method, which is the easiest, is to simply drag an image into existing background while within a room in the app. The wallpaper will apply immediately, but as with the case in the other method, cropping or re-positioning the image is still not possible at this time. Another bug that we saw fixed was the extra line issue that would appear randomly below the control options when right-clicking a device tile.

Stay tuned for more on macOS and HomeKit as the Mojave beta process rolls on, we will certainly keep you updated on any changes that we find. 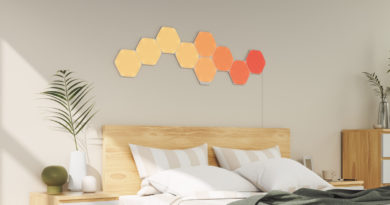 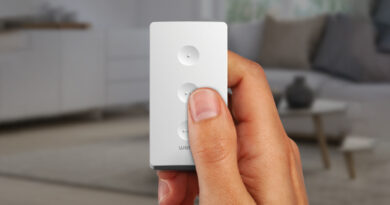