Way back at the start of 2020, one company that made an initial impression at CES were Wacaio, who presented a ton of HomeKit enabled accessories. Fast forward to mid-October, and whilst the Coronavirus has put a lot of companies’ plans out of whack, we’ve yet to see anything from Waciao themselves, even though they’ve recently updated their website. This brings us to the latest news on the company, who, amongst other previously revealed products, are now showing off their new HomeKit-compatible video doorbell.

The device, named the Jupiter NocNoc One, is exclusively HomeKit compatible, and although it doesn’t mention HomeKit Secure Video (HSV) specifically in the blurb, it does mention it in the specs, along with “iCloud Secured Video” and “iCloud Secure Storage”, as part of it’s selling points, so from that we can take it to mean HSV compatible.

In terms of specs, it doesn’t sound too bad, with WiFi 2.4GHz connectivity, 1080p ‘duo’ streaming, a 140º Field of View, 12V AC Input, with a built-in 5600mAh battery, motion detection, night vision, 30 different ringtones, and an IP56 waterproof rating. What’s more interesting is that it looks as though there’s also an option to record to an SD card, with up to 128GB card support. Where the SD card sits in order to make the recordings secure, isn’t explained, but we’d like to think it’s stored as securely as the camera would also hopefully be.

The front of the camera seems to show a motion sensor, with the camera lens below that, and the doorbell button at the bottom, with a ring of blue LEDs. There also seems to be one IR light on one side of the camera lens, with a small slot that is presumably the microphone, on the opposite side.

Whether this actually sees the light of day, which hasn’t been the case (as far as we’re aware) for any of their other products, remains to be seen, but we’ve contacted Waciao to find out more and will update this article with any new information we might have.

Thanks to Bing Feng Yeh for the tip-off. 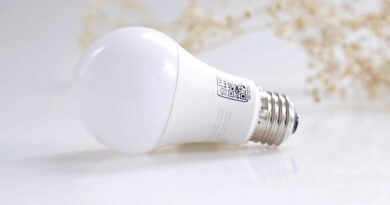 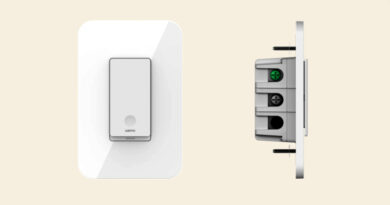