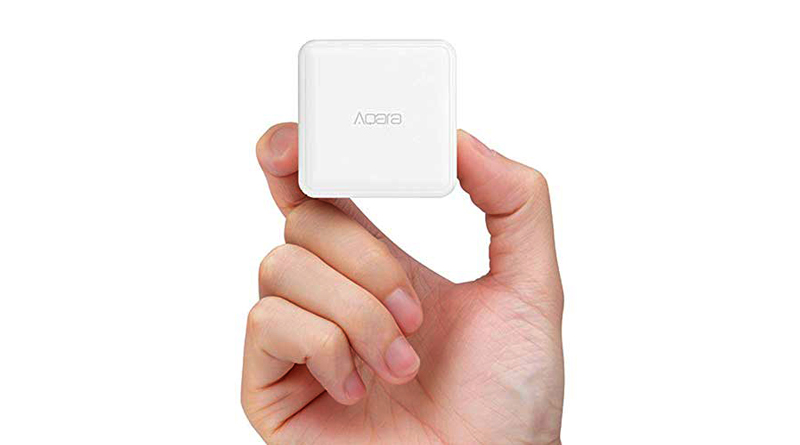 If you’re one of those people that, for better or worse, has decided to take the plunge and bought into the Aqara side of HomeKit integration, with the hub and assorted ‘child devices’ like their temperature, door and motion sensors, for example, then you may also be aware of the Aqara ‘Cube’. If you aren’t, then basically it is, as the name implies, a cube, which can act as a controller for other Aqara, Mijia or Yeelight devices. It acts based on an internal accelerometer that registers different movements, so you can create automations based on a variety of different ‘motions’ – flip the cube 90°, flip it 180°, push it, rotate it, shake it, tap it twice, or if motion is detected after 1 minute. Pretty, pretty good.

Now, this all sounds great, but in actual fact, this kind of device isn’t currently supported in the HomeKit framework, so how can I use it with my HomeKit devices? Well, with a little ingenuity, you can use it to control a device or a scene, but you’re going to need a few basics in place, which I’ll outline below, but I should point out that unfortunately, this method will only work in the Aqara app, and with an Aqara hub ‘binded’ to the app. So as it stands, if you’re using the Mi Home app, as far as I can tell, this procedure isn’t possible, all due to the fact that you can’t currently create a scene in the Mi Home app that specifies the colour or brightness of the light in the hub, which is necessary for the method I’ll be outlining.

Section #2 – Creating an automation for the Cube to trigger the scene
We’ve now created a preset ‘scene’ in the app, where the hub night light will be set to 5%, but now we want to use the Aqara cube to trigger that scene.

Essentially what you’ve created so far is an automation that when the Aqara Cube is flipped by 90°, the Aqara hub night light will turn on at 5% brightness. However, we have to create additional steps in the automation in order for the eventual ‘HomeKit’ scene to work on each occasion, so…

With the Aqara app, you can place additional actions or scenes to the initial ‘THEN’ action, so in this case, after the scene is triggered, I’ve…

I’ll explain why this would seem necessary at the end of this tutorial, so for now, bear with me. That’s it for the Aqara app side of things, so now we move over to the Eve app.

First off, you do need to have created a scene of your own, and in the example here, I already had a scene for my bedroom lights to be at 100%, with the scene named ‘Lights Bright’, so make sure you’ve either got the scene created or create one before you proceed.

So now, whenever I flip my Aqara Cube 90°, the Aqara hub night light will come on at 5%, then after 1 second, it will go to 50%, then after another 1-second interval, the light will switch off. While the first part occurs (5% brightness), the Rule we created will see the light turn on at 5% brightness, which will trigger the ‘Lights Bright’ Scene.

Because the Aqara Cube has a variety of different actions, you can just simply repeat the process for each HomeKit scene you want to trigger, although to distinguish each scene, you need to set the brightness to a different level for each scene. Another thing to note is that I originally tried to set scenes and tie them to a Rule with different colours rather than brightness levels, but I found that the colour references in the Aqara app and the Eve app wouldn’t match, and so failed, so brightness seems to be a more accurate measurement in this respect.

So, why do I have those extra steps that I mentioned earlier? Well, I found the action to turn the night light to 5% as the automation won’t work a 2nd time as the hub will already be at 5% from previously, and so won’t trigger the HomeKit automation. The 1-second delay just there to ensure the Rule I created in the Eve app has time to register that the light came on. The 50% brightness action then ensures that the next time the scene is triggered by the Cube, it’s not already at 5% from the previous automation, and so ensures that it’ll trigger the subsequent Rule again. Create an On/Off Toggle Switch With Home and Shortcuts 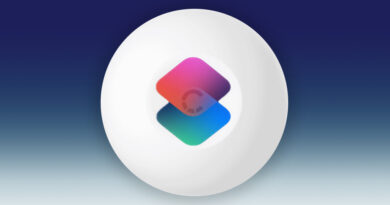 4 thoughts on “Using The Aqara Cube With HomeKit”