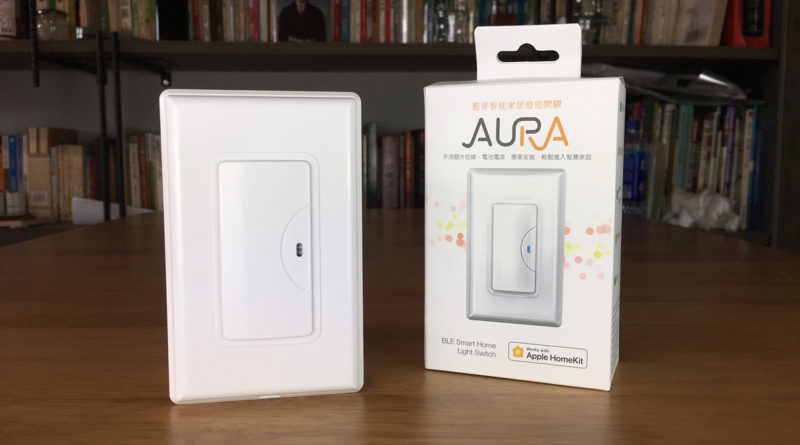 One of the advantages of living in Taiwan (and there are many), is that they use the same pins/plugs as those in North America, and as it stands, a large swathe of HomeKit devices use these plugs, so it allows me access to a massive number of products. This would also go for smart switches too, although Taiwan doesn’t use a neutral wire, so this cuts out pretty much most of the smart switches on the market except for Lutron for example. Also, for some reason in Taiwan, they usually have their light switches fitted horizontally, as opposed to vertically, but that doesn’t tend to be an issue. So, finding smart switches without the requirement for a neutral has been an issue, until now, with the introduction of the Frontier Aura Smart Switch. Even more fortunate for me, King-I, the company that makes these switches, are based in Taiwan too, so it’s actually really easy to pick these up at my local electronics shopping area (The Guanghua Digital Plaza – a very interesting place if you ever get to visit). What makes this switch all the more interesting is the use of batteries to keep it in an awake state, which we’ll get to later.

There’s nothing to ‘write home about’ when it comes to the packaging in this instance. It simply features the device on the front, which for the US type switch shows a single gang switch, regardless of whether it’s a single gang or 2-gang inside. The only way to know is on the rear, where they use a small silver circle to indicate which version is inside the box. The ‘Works with Apple HomeKit’ logo is featured on the front, whilst the rear of the box has pretty much all the info you need in English.

Inside the box, you get the switch itself, two screws and rawl plugs, and a pair of AAA batteries. You also get a manual in English (not pictured). The manual covers both the US and EU/CN/UK versions of this line of switches. The reason for the batteries is that as this switch doesn’t use a neutral wire, it’s not getting a feed to allow it to be powered enough to respond to commands. What King-I have done is create a housing for two AAA batteries within the button part of the switch itself that allows the switch to be active. The switch uses Bluetooth 4.2 LE for communication, so battery life is around 12 months.

INSTALLATION/SETUP
I’ll be honest and admit, I’m not great with electrical things, but setting up these switches is fairly intuitive, as long as you know which wires are which, although I did get help from a fellow HomeKit enthusiast – Lindon (@YehPingFeng1) – so I won’t take credit for fitting this in the bathroom. In Taiwan, there are only ever two wires for light switches – line and load, so no neutral or ground – so it’s very simple. The manual itself goes into a lot of detail as to how to use these switches with different wiring configurations, so they really make sure you’re covered. You can check out the basic installation video below;

Adding the switch to HomeKit, being that it’s Bluetooth-based, it’s quick and straightforward. It appears as a switch in the Home app. also, because it uses Bluetooth, it doesn’t require a hub or a wifi connection. It does, however, require a Home Hub (Apple TV4+, HomePod or iPad) if you want to create automations or use remote access. The other quite unique thing about this switch is that due to it using a battery, you can actually add this switch to your HomeKit setup before you wire it up, as it’s already powered. If you’re using this in a large house for example, and want to make sure the Bluetooth signal is reaching your Home Hub, then this could save some time. It also means that if you don’t want to wire it up to a light, you can simply use it as an in-wall remote that controls something else. In a case like this, you’d have to somehow block off the wiring if it’s not being used, but it’s a handy use case for some.

DAY-TO-DAY USE
The switch itself is made of durable, slightly glossy plastic, and while I wasn’t a fan of the design, I’ve actually gotten used to it pretty quickly. As this doesn’t have any kind of physical rocker part to it, turning the light on and off simply requires a light tap or even a slide of your finger along the surface will suffice. The blue LED indicator doesn’t stay on, for the sake of battery life, and only briefly flashes when you press the switch itself. Even though it provides a level of confirmation that the light switch is working, they could probably do without it, although I guess it helps if the light bulb doesn’t turn on, so you’d quickly be able to figure out that the bulb has died. The switch also gives of audible click, which I like for a bit of ‘feedback’. As I mentioned earlier, like any switch, you can use this to control other devices, so in the bathroom, I have a smart plug with an LED tube light plugged into it, that goes under the sink for subtle floor lighting. If I turn the Aura light off, this goes off too.

CONCLUSION
I’ve been using the switch for just over a week or so now, which I admit, isn’t really long enough to get a grip on how reliable a device it might be, but then again, what is a good measure of time to decide when something is reliable? Regardless, in the week that I’ve been using it, it has been 100% solid, which is partly down to it being wired to the lights it controls, but even with Bluetooth’s reputation for being a bit slow to respond, I’ve been pleasantly surprised by how relatively quick the switch is to react via my iPhone and especially with voice commands via Siri.

King-I, the manufacturer, has said that initially, these are only available in Taiwan, and if you are in Taiwan, you can get them from your local B&Q/Home Depot. Given that they’ve already manufactured the equivalent switches suitable for the EU, China and the UK, it won’t be long before these are made available via the usual online retailers like Amazon, as well as DIY chains, and if you can forgive the slightly less cool looking design, these might well be a very useful switch to have around.

There is a little more info on the King-I website, although they seem to be in the process of updating the information at present. If you want to make any enquiries, their contact details are readily available. 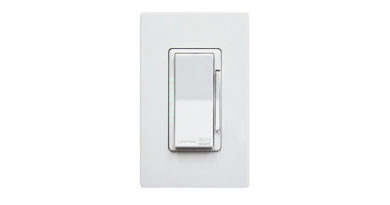 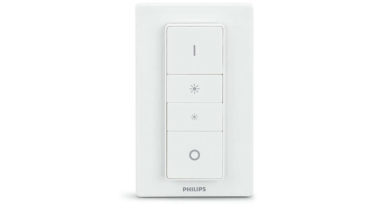 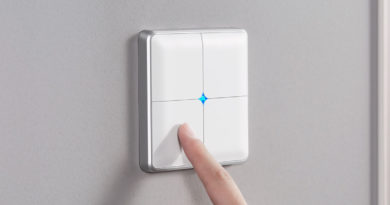