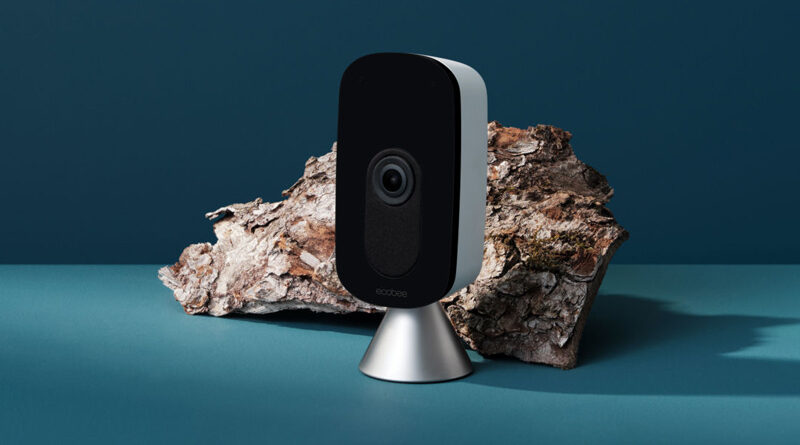 There was a time when HomeKit cameras weren’t as easy to find as they are today, and now it seems it’s almost impossible to find a camera that doesn’t also have compatibility with HomeKit Secure Video, so with the more abundant choices on offer, besides the price point and features, what else is important? Well, I’d say the built quality is still a good thing to consider, and with the Ecobee SmartCamera, I would also say in terms of build quality vs. price, it’s worthy of more attention than it gets in my opinion. Even though the camera has been out for a while, and has actually been sitting in its box in my home for about 6 months before I eventually decided to try it out, it’s still something you should take a second look at. To find out why, read on…

I always admire it when companies go out of their way to present their product with nicely designed and thought out packaging. I know it doesn’t make much difference to the product, but it shows the company sees the bigger picture and takes some measure of pride in the perception of the company. So, with the packaging, it’s just this, and it really feels like you’re opening a sort of special gift box.

Everything you need to know in terms of the basics is presented on the back, including features and compatibility. It’s important to note that whilst it works with HomeKit, and Amazon Alexa, it doesn’t work with Google Home for some reason. Because of a built-in RF915MHz radio, the camera can also work with the company’s sensors, like their occupancy sensor and motion/door sensor. They won’t be exposed to HomeKit via the camera, however.

the camera itself has a quite unique look to it when you first open the packaging, which includes a detachable stand that allows it to simply stand on a shelf or be wall-mounted. The camera can’t be mounted upside down, however.

The first clue you get that this is really well made is actually the stand. It feels like a really expensive, well-tooled paperweight (in the positive sense for once…). The top of the stand has a pivoting nub that sits really tight into one of two sockets on the camera, with the nub being able to pivot in the vertical plane only, so the camera is always facing forwards. The rear recess that the stand affixes to can pivot in the horizontal plane to a limited extent. The base of the stand has a slot to hold onto a provided screw (and rawl plug) fitted into a wall. To complete the set of contents is a 3m/10ft power cable with moulded plug and coaxial power adaptor, along with a user manual and separate installation guide (both in English and French) for mounting the camera.

As I mentioned before, the camera has a rather unique look to it, with a black, glass-like front and a pill-shaped section housing the camera, with a woven material surround that is home to a really excellent speaker. At the top are two holes that are home to two near-field mics. These are used for picking up audio of course, but because the camera has Amazon’s voice assistant built-in, these are designed to pick up voice requests and commands really well. Although not pictured, in the space between the two mics, are five RGB LEDs that change colour when Alexa is used. There are also 3 IR LEDs for night vision, and a single LED to indicate the state of the camera, which can be turned off.

Whilst the front is black, the rest of the body is magnolia and is quite deep. There’s nothing wrong with that at all, and just adds to the quality feel of the product. The top of the camera has two touch buttons, one for activating the voice assistant manually, and one to mute it, so your voice can’t be heard (at least in theory…). The base of the camera is home to one of the two recesses for the stand to affix to. The rear of the camera houses the second of these recesses, along with a HomeKit QR code, the power socket, and some grilles for heat ventilation, I assume.

SET UP – THE ECOBEE APP

Ecobee seems to place a lot of emphasis on security, at least with the camera, so when you set up a free Ecobee account and choose your device, you’ll be taken through securing it.

You create a password, as standard, but then you’re asked to set things up to get a verification code, which uses either an SMS to your phone or via an authentication app.

With the verification code received, two-factor authentication is complete, which then provides you with a ‘recovery code’. Aside from that, you then go through the process of adding the camera to your home network, either via HomeKit or via Ecobee’s own ecosystem. Once added to HomeKit, you can go through a few more settings depending on how and where the camera is used (as a baby monitor, or if it’s pointing out of a window etc.).

The Ecobee SmartCamera isn’t really any different to many other HomeKit compatible cameras, with only the live feed and a motion sensor exposed, so there’s very little to talk about in this respect, other than the fact that it can connect to the 5GHz band on your home network, meaning, generally speaking, the camera loads up reasonably fast.

IN THE ECOBEE APP

As you could probably have guessed, you get more control over the camera in the Ecobee app, although this is mainly down to control over the pan, tilt, and zoom settings. all of these controls can be done intuitively, directly on the live feed screen, but you also get a dedicated control surface if preferred.

For the tracking feature, you should watch the accompanying video to get an idea of how well it works when tracking motion whilst panning and zooming, as its a bit of a feat to have got it to work so well, even if the actual pan/zoom is an optical illusion of sorts.

By this, I mean that the camera has a large 180º FoV, and essentially ‘digitally’ zooms in on the tracked subject, with the camera moving the FoV in a sort of ‘pan & scan’ way to make it seem like the camera lens is moving, even if it isn’t.

You also get access to monitoring and motion events, although these are just snapshots, not video recordings. If you want recordings via the app, you’ll need to pay for an Ecobee plan. Still, it’s nice to have these snapshots as reference. Monitoring is specifically for when a person is detected, whereas motion detects any other form of movement.

There are a ton of settings in the app, like detection settings, activity zones, smart focus, and motion sensitivity. Access to WiFi settings and Amazon Alexa are also found here.

You also have settings for your account, which as demonstrated above, shows that your account is protected, even if you’re signed in. The audio settings page outlines the functionality of the microphones, and how they work with Alexa.

There are many more options for the camera if you have other Ecobee products that you want to work together, and if you have a paid service with Ecobee, you get even more, although personally, as I have HomeKit Secure Video, this is more than enough for me.

I actually bought this camera ages ago, when the price first came down from around US$160 to roughly US$120, which was also around the time that Ecobee wisely added HSV to the camera’s functionality, which so far, Arlo is still resisting tooth and nail. It does make you wonder that, for example, if Arlo’s features are that good, they should be confident enough in offering consumers the option to use their paid service or HSV. I think it’s clear they aren’t as confident, based on their stance, so I’m glad that Ecobee decided to swallow their pride and offer the choice. I’m glad they did, as it’s an excellent camera, and the speaker/mics are really some of the best I’ve heard in a camera, which also includes the Homam 64GB from Zorachka. The image quality is decent enough if not amazing, and it suffers from pixelation when tracking moving objects, as other cameras do until it stabilises.

What really impresses me is that it can pan/tilt/zoom all without relying on an internal motor. the system works really well, and it should mean that there’s at least one less mechanical part inside to go wrong, which is always a worry with mechanical PTZ cameras. The addition of the built-in Alexa voice assistant isn’t something I use, but if you do, then I can’t see a problem with it, and only a benefit.

Aesthetically, I really like the individual look of it. It’s so refreshing to see a design that isn’t so obvious or lazy in terms of how a camera should look. As I’ve stated previously, the build quality is really very impressive, so with good looks, solid manufacture, some interesting functions, and a decent price tag, it’s a rather undervalued camera in my opinion. 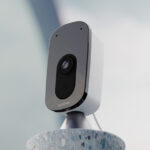 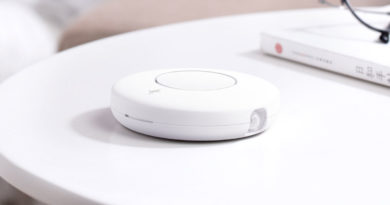