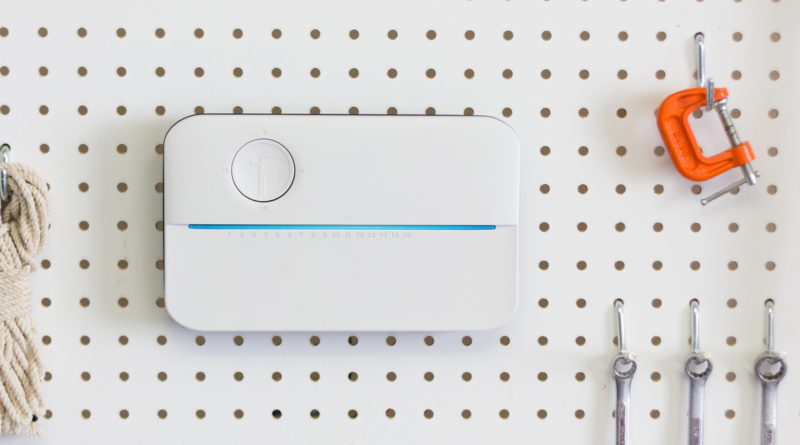 I’m a house owner with a 5,000 sq.ft. lawn. The lawn itself is watered by a 13-zone irrigation system. My previous sprinkler controller worked fine most of the time. However, sometimes, the constraint that I had to control it from its physical dial and buttons was just painful.

I have more than ten rotor sprinklers that I need to “debug” (adjusting the arc and radius, as needed) from time to time. As you can imagine, to “debug” them, I need to keep running between the rotor heads and the controller, turning them on and off, to identify the ones that require a fix, to verify fixes work and to re-fix as needed. The ability to control the irrigation system from a phone would make it super easy to get such tasks done.

Irrigation is the foundation of a beautiful lawn, and it’s also a thing that I haven’t previously seen modern technologies set foot on. This thought had made me always want a smart sprinkler controller. Finally, Rachio added HomeKit support to their third generation sprinkler controller, making it the first HomeKit compatible sprinkler controller. I ordered the 16-zone model on the day after it was announced and received it two days later.

Since Rachio 3’s wiring terminals are pretty standard, it was very straightforward for me to install. I just needed to match up Rachio 3’s terminals with my previous sprinkler controller and switch terminals for wires. No harder than wiring a thermostat.

Even though it doesn’t matter a lot for a sprinkler controller that stays in a dark room or outside, I want to say that Rachio 3’s design is clean inside out. The front cover panel is attached to the back/main panel magnetically, which makes it easy to remove, meaning easy post-install wiring adjustments. Comparing it to my previous bulky sprinkler controller, the Rachio 3 is way lighter and smaller. It doesn’t have a dial, and there are only four buttons: start/pause watering, stop watering, next zone, prev zone. This means that if I don’t have any smart devices with you, or if the connection is broken, starting a quick run (3 mins) on a specific zone is all I can do.

I did the initial setup in the mobile app with the intuitive step-by-step guide. After that, HomeKit was already available to set up. I used a virtual HomeKit code generated by the app (as opposed to the standard printed code sticker). Except for the way I got the code, the setup process wasn’t any different from any other HomeKit accessories: choose “add accessory” in the Home app, then manually enter the code.

The Rachio app (iOS version), in my opinion, is very nice; a modern UI/UX and responsive. I’m satisfied with the experience so far. The most important feature, water scheduling, is super flexible. I can use it as an old-school sprinkler controller to create a fixed schedule, but I can also create a smart schedule that adjusts itself monthly for seasonal changes, or opt-in to a day-to-day adjustment that considers many metrics. Every zone has a couple of characteristics such as grass type, sprinkler head type, slope etc. Characteristics generate a collection of advanced metrics that are used to calculate the watering duration in smart schedules. I haven’t dived deeply into the “smart” stuff or nerdy parameters, but with its default calculation, the app gave me a 7-hour-long schedule and said it’s the best schedule for my lawn. I didn’t agree and created a fixed schedule instead. Within the limited time I’ve had the Rachio 3, I don’t currently know if the app is smart enough to make my lawn better or save money on my utility bills, but I’ll probably find out next summer (I live in zone 8a if you’re familiar with Plant Hardiness Zones).

There are many helpful features, like Smart Cycle, which prevents runoff by breaking up watering time, and setting a scheduled start-time to ‘end before sunrise’ or ‘start after sunset’. My favorite feature of the app is the logging, which keeps every event in one place (starting/stopping watering, schedule skipping, rain sensor triggers, etc.). The usage of every zone is well recorded, too. Another feature that dinged me is the music-player-like control. The app sees every zone’s scheduled run like a song as in a music player so that you can do things you usually do with songs. E.g., skipping current song/zone, re-order songs/zones. Besides the iOS app, Rachio has a web app with all features packaged, which isn’t necessarily useful but is a plus.

The Home app keeps zone names synced from the Rachio app (with random delay). Zones are sorted by names instead of by zone numbers. I put the zone number at the beginning of every zone name which helps me to recognize them. What you can do with a sprinkler controller (not specifically the Rachio sprinkler controller) in the Home app are pretty much only two things; starting and stopping watering a zone. Every zone’s duration can be configured separately. I can start multiple zones, and each will be run after the previous zone finishes. It works, but it doesn’t make sense to turn on zones one by one every time I want to water my lawn (I’m able to start multiple zones altogether with multiple fingers though, LOL). Schedules can’t be created/configured in the Home app (and neither via the Eve app). It’s possible, but unlikely, that advanced controls are accessible through HomeKit APIs, but the Home app hasn’t been fully integrated yet.

Alexa and Google Assistant are also supported by Rachio 3 and it seems to have more abilities than Siri because they utilize Rachio’s API while Siri relies on the HomeKit framework.

In summary, the Rachio 3 Sprinkler Controller has a handy app to accomplish almost everything a classic sprinkler controller can do. On the other hand, the lack of local physical controls might be a deal breaker to some of you. Its intelligence is desired by us to help with the beautiful lawn but needs tons of time to prove itself ultimately. Lawn care is a long journey.

What we’ve also learned is that the HomeKit support turned out to be not that important when it comes to a sprinkler controller, due to the limited controls this category currently makes available to us.

What’s worth mentioning, finally, is that this review is written by a man who’s never used a second smart sprinkler controller. I hope everyone could share his/her experience with smart sprinkler controllers. There are competitors with longer histories in this field, and I believe there’s always someone who has unique thinking of taking advantages of technologies into practice, and I want it to blow my mind so badly!

Reviewer - Loves tech and loves to keep his lawn in top shape! 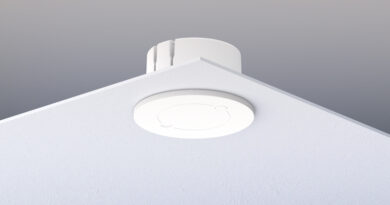