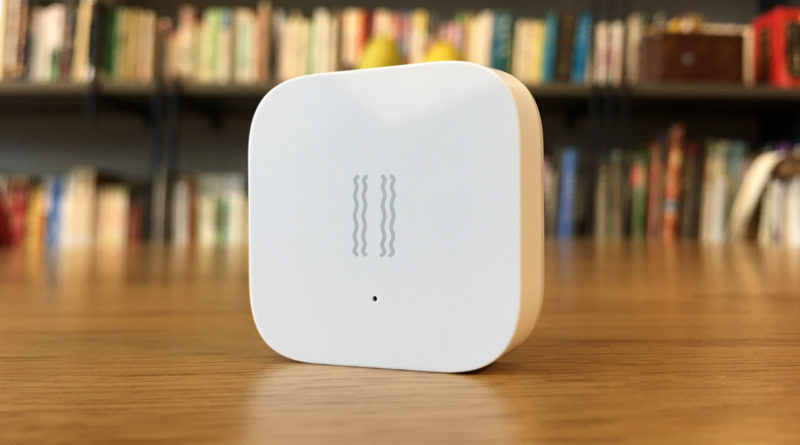 Unless you’ve been living on planet ‘Samsung SmartThings’ you’ll almost certainly be aware of Aqara’s recent foray into HomeKit, with first and foremost, their HomeKit-enabled Hub, that in turn exposes many of their sensors and switches to HomeKit. Whilst many of these sensors are fairly standard fare for HomeKit users, this particular device we’re looking at today, is slightly left-field of ‘standard’; the Aqara Vibration Sensor. This is a device that detects motion, but not external motion in the typical way a PIR sensor would, instead detecting internal motion, so if the device itself moves, then it’ll report back or trigger and automation for example. We’ll go deeper into what it’s capable of later, but for now like any great story, let’s start at the beginning…

As Aqara are moving into HomeKit territory, for which arguably the US is currently the largest market, they’ve upped the stakes in the packaging department. Gone are the days of nondescript, flimsy, white boxes, with little to no information. We’re now given more robust colour packaging, making the whole presentation a lot more, well, presentable! The packaging for this specific item is designed for the Asian market, so in this case it has the name and description in Traditional & Simple Chinese along with Korean, although the manual does have more languages. The front displays the product, with the rear displaying a typical use case (attached to a window). The sides are pretty minimal in terms of info, and the bottom and top feature the logo, and basic specs, respectively.

Once opened, you can see that the device is nicely protected and held in place so as not to damage it in transit. The contents of the box include the sensor, a manual and a spare adhesive sticker, should you want to relocate the device, if you’ve already placed it somewhere. The devices come with an adhesive sticker already attached to the rear of the device. The manual is quite comprehensive, giving the user instructions in English, Traditional & Simple Chinese, German, French, Spanish, Russian, Japanese and Korean, so languages are another improvement here, from previous manuals only in Chinese. All very welcome changes.

The device itself is really tiny, approximately 50% smaller than their Wireless Mini Switch, so 36 x 36 x 9mm (1.42 x 1.42 x 0.35in). At this size it really could be used for some discreet locations, which we’ll touch on later. The front is plain enough, except for the icon to distinguish itself from other sensors – wavy lines indicating vibration in this case – along with a small hole with an LED indicator inside used solely for the purposes of pairing or resetting. The LED doesn’t flash when motion is registered. The rear of the device has the entry to the battery compartment, opened with the use of a coin or some other similar shaped object, although it isn’t easy to open, and with the plastic rear being a little on the pliable side, it’s easy to ‘thread’ the groove, making it quite difficult to open. If it’s attached to a surface, with the included adhesive circle, then opening is a doddle, with just a slight twist of the body of the device to open the battery compartment. The top of the device has a simple button that only serves to pair or reset the device. The sensor uses a standard CR2032 coin type battery, which should give anything from 6-18 months depending on usage.

As this is called a ‘Vibration Sensor’ it’s fairly obvious that it must detect vibration, but it can actually do more. along with sensing vibrations of the kind might be caused by a sudden thud from an object hitting the surface this device is placed on, it can also detect when it has been tilted, and it can even detect when it has been dropped. The tilt option would probably be best suited to being used with a lidded box that might contain valuables; you would attach this to the underside of the lid, and if someone opened the box, the tilt sensor would be triggered. I know what you’re thinking – if this it to deter a thief, why don’t they just take the whole box? Well, yes they could do that, but then they’d still have to keep the box level so as to not trigger the tilt sensor, or they’d have to tiptoe around gently so as not to trigger the vibration sensor. No security device is going to be 100% tamper proof, but this is a nice little addition to your arsenal of security devices I’d say. So the tilt and vibration sensor are covered, which only leaves the drop sensor. I can’ think of a use case for this at present, but it should work in tandem with the other sensors in one way or another, and it could possibly be used in a similar (if more rudimentary) way to the new fall detection option in the Series 4 Apple Watch, should you be carrying one of these sensors in your pocket. I have not tested this scenario to any great extent though, so I can’t really recommend it as bonafide way of detecting a fall.

NOTE: I won’t go into the installing of the device in any real detail, as the procedure is the same for all Aqara devices being paired with the hub, the procedure for which is covered in the ‘Aqara Hub 101’ article, but it’s safe to say it’s really easy, with installation beginning with pairing with the Aqara hub, which then exposes the device to HomeKit.

Once the sensor is installed via the Aqara app, it will appear in the Home app as a simple motion sensor. This is unfortunately a limitation of HomeKit, it would seem, not just the Home app, as even in 3rd party apps, it only appears as a motion sensor. It appears that all three sensors report back to HomeKit as one standard motion sensor, so whether you drop it, tilt it or it is subject to vibrations, it will trigger in the home app as a motion event. However, it does have these capabilities in the Aqara app, so if you want to use the three types of sensors to trigger other devices, then you can do that, as long as those other devices are also Aqara products. This is the limitation with the Aqara app when it comes to automations and triggers. Unlike the Home app, the Aqara app can be automated to send you notifications on all three different sensors, for which automations need to be created.

One oddity about the settings in the Aqara app are that you can set the Trigger Duration for anything from 1 minute to 23hrs and 59mins, however, assuming this setting is meant to state that no other notifications will be sent for the same sensor detection event within the set time, it doesn’t seem to apply within the Aqara app. So, if I trigger a tilt movement, I will get a notification in the Aqara app, and I can subsequently trigger the sensors again (any of the three available in fact) within the trigger duration window and still get notifications. When it comes to Apple’s Home app, the Trigger Duration rules does seem to apply, with only the first trigger notification coming through, with subsequent triggers not reporting, and, assuming you only trigger the device once within a minute, the sensor’s tile will reset. Whether this intention or not, I’m not sure, but it seems odd to have this in the Aqara app, only for it to not follow the rule that has been set. Maybe it’s solely meant for the Home app, as there is no option when creating an automation (as with all sensors motion sensors in fact). There are no options for setting the sensitivity levels of the sensor in either app, even though Aqara claim on their website that there are different sensitivity levels available. That could be a forthcoming feature perhaps.

In the time I’ve been testing the device, I’ve found that occasionally the line between which type of motion has occurred is a bit blurry, so for example, if there’s a large enough vibration, it could trigger a tilt motion. This could be that the vibration is large enough to move the device from its flat plane slightly. The drop sensor does seem to trigger specifically when it is dropped though. This confusion is probably not as common in real world situations, and even if there was a misreading of a motion, you would still get a notification, which is ultimately what it’s for. Having said that, if you have a specific automation tied to a specific motion type, then that might be an issue, but this would be no different to when a regular motion sensor is triggered by a sudden shadow caused by a change in light.

In conclusion, I’d say that while I’ve yet to come up with a use for the device, it does get me thinking of ingenious new uses (however limited) I may have for such a product. At such a low price too, it’s certainly work spending a little money just for the hell of it. 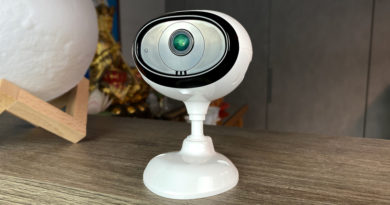 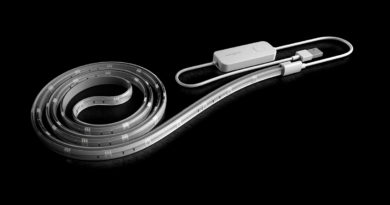