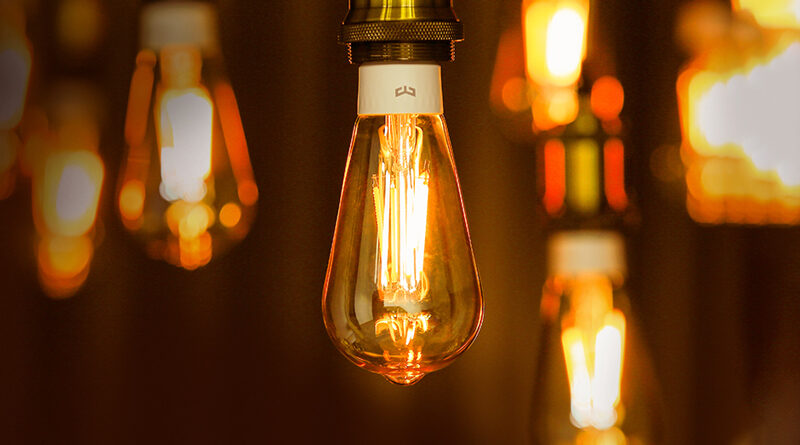 Alongside the review for the Yeelight A19 Filament bulb, we’re also having a look at the ST64 filament bulb, also from Yeelight. You may or may not be aware of my review for the Philips Hue equivalent of the ST64, the Hue ST19, but both are essentially the same type of shape, except for the Yeelight offering being a fair bit larger in length. The big question is, will this be a contender for the Hue versions I’ve come to like very much. Read on to find out.

Before we start looking at this new product, Yeelight and HomeKit News have teamed up to offer a giveaway of one each these bulbs, so if you fancy trying your luck, click on the link below to enter the giveaway competition. Good luck!

The ST64 is quite large, and therefore so is the box, but it follows the same design rules of their other products, with a clean simple image of the bulb on the front, along with three of the systems it’s compatible with; namely Google Home, Apple HomeKit, and Samsung SmartThings. I believe it’s also compatible with other systems as well, including Amazon Alexa, but as this is a HomeKit site, I’ll leave that for others to worry about.

As you can see, at present this bulb is only designed for regions that use 220-240V, like Europe, China, The Philippines etc, although there are plenty of instances where these types of products are actually also compatible with 110-120V regions. Sadly this is not the case here, having tested it in a 110-120V situation. Luckily I have a voltage converter to allow me to test it at 220-240V, so that didn’t stop me.

Yeelight have done a great job of protecting the product, with a foam insert to not only protect it from impacts, but also keep it all firmly in place, so it won’t start rolling around in the box. This is especially important now that many shops are online and deliver, rather than you being able to pick something like this off the shelf.

The ST64’s four filaments are vertically arranged but going inward from bottom to top, which is also the case with another version of the Yeelight A19 (not the one we reviewed). Compared the Hue versions I currently have the layout of the filaments is a bit pedestrian, but to be fair, you’re unlikely to be looking at it that much, and even if the bulbs are on show, once they’re on at 100%, I don’t think your eyes would take staring at them for too long anyway.

As with the A19 Filament, the ST64 has a HomeKit code printed on the base, so it can’t be peeled off and subsequently lost. As with many of Yeelight’s bulbs, this uses WiFi only, so no hub is required. The Hue equivalent can also function without a hub, just using Bluetooth, but then that stops them from being exposed to HomeKit, as well as limiting you to just ten bulbs. So, if you don’t already have a Hue Bridge, these could be of some interest to you.

The bulb has slightly fewer lumens compared to the Hue version, with the Yeelight coming in at 500lm, compared to the Hue’s 530lm, although I doubt very much the 30 extra lumens will make a noticeable difference. The Yeelight option is larger, however, so unless you have these in a hanging lamp or something open it may be too large. Aside from that, the shape is basically the same, which does conjure up the Victorian period a lot more than say the A19.

THE YEELIGHT ST64 FILAMENT BULB IN THE HOME AND YEELIGHT APPS

As the bulb isn’t capable of either colour or a change in colour temperature, being fixed at warm white, in the Home app you get your single tile to represent the bulb, and a slider, coloured yellow to drive home the point that it’s set to one temperature. The slider only controls brightness for this very reason, so beyond controlling the levels, there’s not much else to control.

One thing that is a little strange, is that the ST64 isn’t currently listed in the Yeelight as a separate device. However, you can still add it, and it’ll still be ‘discovered’ by the Yeelight app by simply selecting the ‘Filament bulb’ option, which depicts an A19 in this case.

Whilst the Yeelight app can’t do any more with the bulb in terms of basic brightness control, it does offer a few preset lighting conditions, which for the most part are simple preset brightness levels essentially, with some labelled as such (50% Bright, 25% Bright etc). Two presets that could be handy are the Flash Notify option and the Candle Flicker option. The former simply allows the bulb to flash for a set amount, whilst the latter option allows the light’s brightness to fluctuate, thereby attempting to imitate a flickering candle. These presets don’t get exposed to HomeKit unfortunately, but you can still trigger these presets, either via an automation in the Yeelight app or by creating a scene with the presets, which can then be converted into a Siri Shortcut, so at least you can trigger these presets with your voice.

The Yeelight ST64 Filament is capable of dimming, but it can go as low as 5%, with the Hue ST19 only capable of 10% at its lowest. As I also found with my tests on the Yeelight A19, it would seem that between 100% and 50% it’s harder to tell any major difference in brightness levels, but from 50% down to 10%, it becomes more apparent. 10% and 5% don’t look very different in terms of brightness either.

I’m a fan of both Yeelight products and Hue, so in some senses, it’s hard to make a choice. Right now, however, Yeelight reigns when it comes to desk lamps and bedside lamps in my home, with Hue being the workhorse for most of the basic lighting needs. This also includes the ST19s from Hue that I have in the kitchen. If Hue didn’t make filament bulbs, I’d certainly be buying the Yeelight ones, for both the price point and the design. Even though companies like Sylvania do their own versions, they are Bluetooth, which at this time simply doesn’t work for me. I’ve stuck with Hue do to limitations with my current WiFi setup, which, with the number of bulbs in my home, could quite easily overload the network, which is why Hue and its associated bridge is essential in my case. As I’ve stated in the review for the A19 filament, Yeelight bulbs have been very solid in my experience, and on that basis, if you’re not in the Hue camp already, these are a great and cost-effective offering.

Full disclosure: Yeelight provided HomeKit News with the Yeelight ST64 Filament Bulb for the purpose of this review. No other compensation was made or requested and has in no way influenced our opinion of this product. 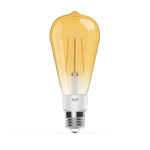 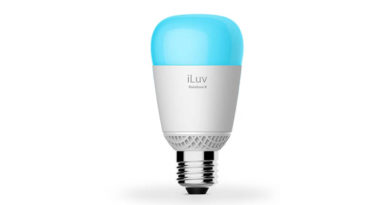 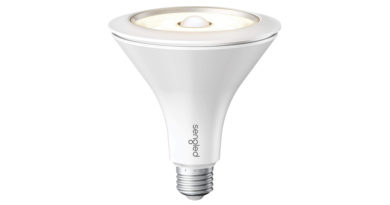