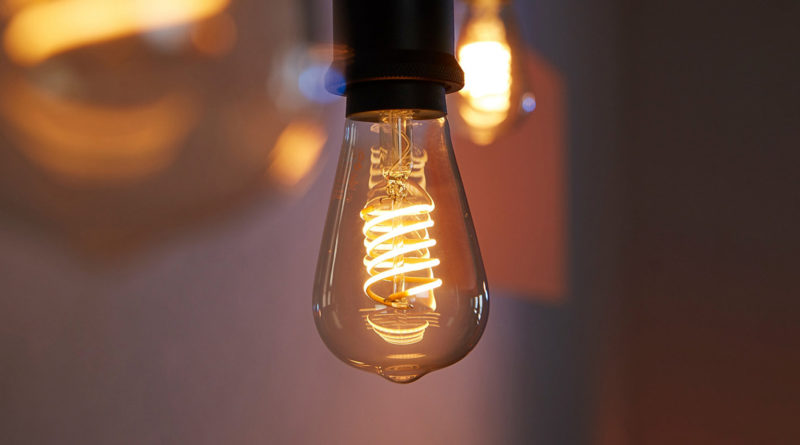 I think it would be fair to say that whilst we’ve seen a lot of new Hue products in 2019, as well as many HomeKit compatible devices, you could quite easily define this year as the return of the filament bulb. So far, we’ve seen offerings of this type from Signify sub-brand Wiz, (Siri Shortcuts compatible only), LiFX, Ikea and Yeelight, although we have to give credit to Osram, as they introduced Smart+ Filament bulbs late last year, and so were ahead of the game in terms of smart bulbs combined with LEDs to mimic the appearance of a filament.

Of course, the latest company to throw their hat into the ‘Filament ring’ is Hue, who have brought three different types of Filament bulbs to market; a regular A19 style bulb, an ST19 pear-shaped bulb, and a G25 globe-shaped bulb. Today we’re taking a look at the ST19 variant.

As with the recently released Hue Smart Button, Hue has its own style when it comes to packaging, and it’s perfectly fine. Everything you need to know is on the box, with the lumen count (brightness) and the estimated energy cost per year on the front. The rear of the box gives you all the lowdown on the product;

One side of the box has a little more detail in terms of costs, and the expected lifetime of the bulb. The other side of the box is of note, as this filament bulb (as well as the other two models) is part of the new range of Hue lighting products that also have Bluetooth functionality as well as the usual Zigbee option. If you’re not aware of this latest development from Hue, they’ve added Bluetooth as an extra option for those who don’t immediately want to buy a Hue Bridge, allowing consumers to try out up to ten devices and control them via the Hue Bluetooth app with the need for the Bridge. If those consumers like what they see, and want to add more bulbs, then a Bridge is required, which then makes use of the Zigbee side instead of Bluetooth, but with the addition of the Bridge comes a lot more functionality. You can read more about the Bluetooth option in our review of the new basic Hue Warm White Smart Bulbs HERE. Inside the box, the bulb itself is reasonably well protected, and aside from the bulb, there’s just a small booklet.

The question some people might ask is “why a filament bulb?”, to which I’d usually say, “well, why not?”, but in essence, it’s a pertinent question. You might get many different answers from different people, but I’d say for myself it’s a combination of many things, but most of all, it’s the aesthetics of the product. To me, it’s almost the embodiment of the term ‘steampunk’ in as much as it uses modern tech (LEDs), and smart home skills, whilst looking very 19th century, as though it should be hanging above a control panel on Captain Nemo’s Nautilus. I’d also say that whilst modern-day bulbs don’t give anything away, with their blandly pearlescent globes, this is the bulb equivalent of an X-Ray, where you see the internals in all their glory. On this point in particular, I’d say that the ‘filament’ is beautifully designed, and of all of the Filament bulbs I’ve seen so far, this is my favourite. It’s almost as though the two parts of the filament are separate strands of DNA, or finely cut orange peel! Needless to say, one particular Ikea filament bulb barely makes any effort at all in terms of looks, although it seems that thankfully, it has been improved upon since.

The bulb itself is clearly a different shape from your standard bulb, and really does evoke ‘yesteryear’ quite well, which is the whole reason for the purchase (I bought two incidentally). The main body of the base section comes in black, with the Philips logotype in gold, along with ‘Hue White’ below. the globe that encases the filament has a slightly amber look to it, which only adds to the vintage look. Atop the casing, the bulb is finished off with what can only be described as a ‘nipple’, although I’m sure there’s a technical term for it. The enclosure seems to be made of glass although I can’t confirm this. What makes this bulb so interesting for me is that until I started an interest in smart home products, I never gave a second thought to bulbs, in all honesty, but with the arrival of these bulbs, it really has taken my interest in lighting to another level in some ways.

When it comes to reliability, for me it’s almost not worth talking about, as Hue bulbs are generally the most reliable smart devices I own, and the ST19 is no different in that respect so far. I have quite a few Hue Dimmer Switches in the home, but these bulbs are controlled with another recent purchase, the Aqara/Opple 6-button wireless smart switch (you can also read my review of that HERE), so I don’t tend to adjust the brightness for these bulbs, which are situated above our kitchen counter. As you can see from the four images above, I’ve photographed them at four different brightnesses, 100%, 50%, 25%, and 10%. Anything lower than 10% and I couldn’t see any difference until they were off, but 10% with a 530lm bulb is fairly low for lighting, and I only have them come on at this brightness late at night if someone needs to grab a glass of water.

When I first installed them, despite the package stating they were only 530lm, I was still a little surprised that they weren’t brighter. In fact, my wife, who hates cool white lighting with a passion, even said she’d have to take some time to get used to them. Oddly enough, we’re already used to them, and when it’s dark, these are actually more than enough for what purpose they serve. They’re only slightly warmer than I expected, but I knew roughly what I was getting, so once again, no big deal.

In terms of installation, the process is, as you might expect, exactly the same as any other Hue bulb, so no big explanation necessary. You have to add it to the Hue Bridge via the Hue app to get it exposed to HomeKit, but if you don’t have a Hue Bridge and bought these on the notion of using Bluetooth, then they’re simply not exposed to HomeKit at all.

As these are standard Hue bulbs in most ways, they have the default ‘fade to off’ behaviour, that Hue bulbs have. If you’re not aware, basically when you turn off a Hue bulb, by default the don’t go off in a fraction of a second, like a regular bulb would when power is cut. They fade to off, although this may take only 0.5-1.0 second in total. This can be adjusted with apps like iConnectHue, but this functionality relies on the bulbs being controlled by either a Hue or Friends of Hue switch, so it doesn’t work if you’re using a HomeKit switch like I am. It’s not a problem in and of itself, however, I did notice that when the bulbs were turned off, they would fade smoothly then stutter, before continuing to fade to off. It’s almost as though it fades from 100% to 50%, then jumps to another automation that fades from 50% to off. It’s not massively noticeable, but I did notice it the first time I turned them off, so I’ve no doubt that you will too, although whether it bothers you or not is another question.

In the Home app, there’s nothing really special, and they show up as bulbs, just as you’d expect. As these bulbs are neither colour nor able to change from warm to cool white, the slider that appears when you long press on the tile is a glorious yellow. Aside from that, the settings page tells you the basics, including what bridge it’s connected to as well as the serial number and model.

It’s kind of funny to some people (my wife included) that I can wax lyrical about a simple bulb, but then I could equally ramble on about fonts and typography, so consider yourselves lucky. As it stands, I really appreciate the effort that must have gone into making LEDs look like a filament, and with Hue taking the time to make it all look so nice. Sometimes the most subtle of things can make a big difference, even if they’re picked up subconsciously. So, I think it’s fairly obvious that I’m very happy with these bulbs. Whilst the bulb is fixed at 2100K, and isn’t as bright as the Yeelight Filament at 700lm, it really doesn’t matter, as these are meant to be appreciated for what they are rather than how blind they can make you, and on that basis, I’d recommend them, as they could easily be a great talking point if they’re placed in a way to make them stand out. As Hue products are generally very reliable, I’m ok with paying a bit more for these kinds of products, but actually these aren’t that expensive, at least not as much as I’d feared. If I’ve convinced you, your only choice now is which one of the three shapes should you get? 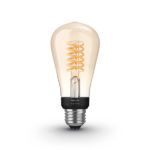 Buy from amazon.com
Buy from Amazon.co.uk 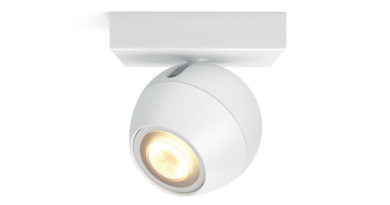