NB: This tutorial has been updated to reflect the new release of the Elgato Eve app, so the images and instructions may be different from what you see in your version of the Eve app. If you haven’t updated the Eve app, please do so in order to follow this tutorial more easily and accurately.

The most recent addition to the lineup of Elgato Eve products has been the ‘Button’, which is essentially a…button! The Button (like a similar product with a very similar name by Fibaro) has been designed essentially as a scene or device controller, with 3 distinct controls, all in one button. So, you can single click, double click, or long press. Each of these actions can control a different scene, so basically you get a choice of three different scenes as standard.

If you go into the Eve app, you can see that Elgato have even provided a simple section to allow you to easily assign an action or scene to each corresponding type of press. This is great for the average user who just wants three solid actions to choose from, but there are some out there that want something more dynamic from their relatively expensive piece of plastic tech!

How can we make it more dynamic? Well one way to think about seeing it as dynamic is that maybe the button – and each type of press – can do different things dependent on the time of day. For example, you might want the single click to turn on a reading lamp beside your bed. That’s great, but you’re probably not going to need to have a reading light on in the daytime, so essentially that single press is redundant for most of the day. Why don’t we have it so that between 4pm – 11pm the single press turns on the reading lamp, when you’re more likely going to need it, but from maybe from 11pm – 7am the same press turns on a low level night light (for emergencies) and maybe from 7am – 4pm, the single click could do something other than turn on a light that’s not needed in the daytime and maybe turn on the Air Con, or a coffee machine for example?

All this can be achieved in the Eve app without too much effort, but you can’t do it with the normal screen for assigning scenes/actions to the Button.

Here’s how. Before anything else, I’ll assume that you’ve already created a few scenes, so I won’t go into actually creating a scene that you’d need for this to work.

Go into the Eve app, and click on ‘Scenes’.

So, to sum up, here’s what I’ve done in this exercise; I’ve created a Rule that states when the Eve Button is activated with a Double Press, between the hours of 9am – 4pm, then a previously created scene will be activated. This means that if I Double Press the Eve Button before 9am of after 4pm, then this particular scene will not be triggered, as it would fall out of the time conditions I’ve set.

Now imagine if you were to create conditions based on other conditions, like the state of a different device, or your location, and of course based on different times of the day. The different permutations and options are almost endless. Having said all that, if you were to add all sorts of different Rules, based on various Conditions, it could all get quite complicated and it’d be hard to remember what type of press (single, double or long) at a particular time of day, would trigger what particular scene. It’s all down to the individual, but with clever programming, you could set up some really clever conditions that don’t even need thinking about, like the example I mentioned at the start, where one click would trigger the most relevant device for the particular time of day. 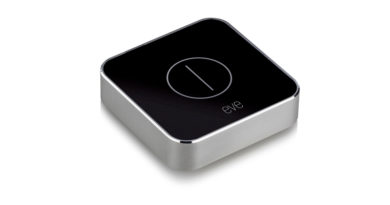 Creating a Simple Toggle Automation for Switches and Buttons 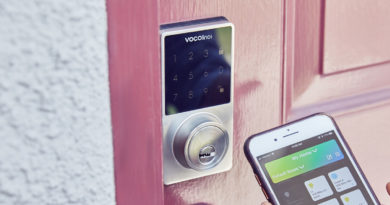