It has been well over a year since Netatmo first unveiled their HomeKit-compatible Video Doorbell at CES 2019, and whilst the company initially planned to release this new product in the summer of that year, nothing happened. CES 2020 has now come and gone, with the company not even having this product on their stand, so “where is it?”, everyone is asking.

Well, we’ve since heard a reliable source claim that the release is ‘just around the corner’ with the claim being backed up with further circumstantial evidence from the FCC.io website, which today revealed for the first time – as first reported by homekitauthority.com via an as-yet-unnamed Reddit user – the manual, as well as internal images of this highly anticipated product.

Whilst images of the doorbell itself are commonplace, the unofficially released manual does shed a lot more light onto the capabilities and contents of the Netatmo product, namely that it comes with a separate Chime module, both flat and angled wallplate brackets, along with more details on the individual parts of the doorbell. There’s no mention of HomeKit Secure Video, unfortunately, with the Robin ProLine Series still the only company to offer this functionality for a video doorbell – not to mention they’re still the only company to sell a HomeKit enabled doorbell at the time of writing. One thing that could be a potential upsetter for North American customers is that the rear of the doorbell states that it’s suitable for 220-240v, although it does also state 8-24v AC, which is the standard voltage for doorbells and doorbell wiring, so that’s not to say it won’t either work with 110-1120v regions either right away, or at a later date.

The doorbell uses Wi-Fi, not Bluetooth, which is the standard for most HomeKit-Enabled smart locks, for example, and is mains powered. The camera itself is capable of a 160º field of view, with recording set at 1080p. The unit also comes with a USB cable, although there’s no mention of what this cable is for, which brings us to the manual itself, and whether things will change upon release; Whilst the manual is presented in six languages – English, French, German, Spanish, Italian and Dutch – parts of the manual are all listed in English, with the exception of the French entries, which may mean that this manual will be superseded by a newer manual with the eventual release of this product. Whether this means simple corrections to the aforementioned errors, or additional info, on say, the USB cable and its role, we’ve yet to see. Whilst the public availability of the manual was predicted, due to the expiration date for confidentiality, it still doesn’t confirm when or even whether the doorbell we see the light of day. That said, we’ve heard from a reliable source that it is due to drop sooner than expected, so we’ll just have to wait and see… 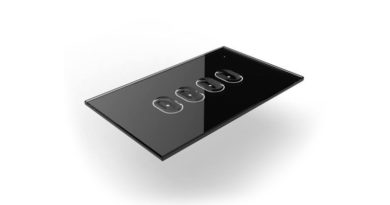 One thought on “Netatmo Doorbell Manual Revealed Via FCC”