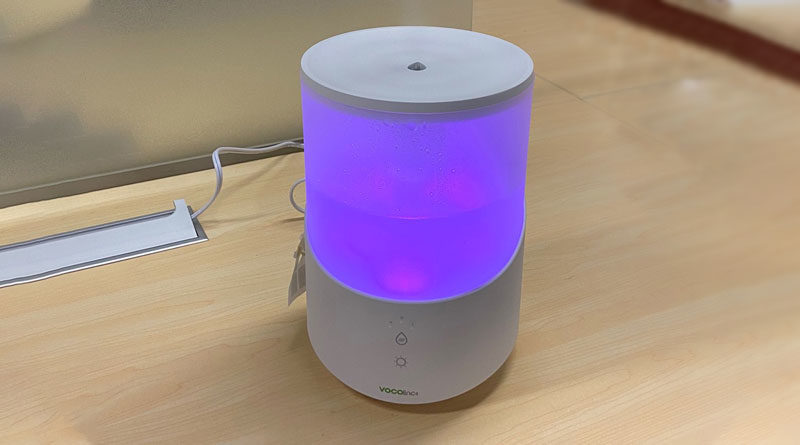 Right off the back of Vocolinc’s brand new products, the VAP1 PureFlow Smart Air Purifier and the VS1 Smart Contact Sensor, the company are now preparing for the launch of their latest offering, namely the VH1 MistFlow Smart Humidifier. We originally revealed details of back in late December of 2019, and subsequently shortly before CES2020, but had few specs to dish out on these occasions.

What we now know is that the VH1 Smart Humidifier will follow on in the footsteps of the hugely popular Flowerbud, in that is whilst it will serve as a proper humidifier, it will also be able to act as an aroma diffuser. The main difference between the VH1 and the Flowerbud will be the size of the water tank; The Flowerbud can hold a maximum of 300ml | 10.14fl oz | 0.32qt, whereas the VH1 will have a 2.5L | 84.54fl oz | 2.64qt. This takes into a territory for people who need a longer-lasting humidifier and not so much a diffuser. The VH1 will also have what the company have previously described as a ‘rainbow light’ (or Mood Light, as it’s initially labelled in HomeKit), which will be a set of LEDs capable of up to 16m colours, as standard. You will be able to fill the translucent water tank from the top via the lid, making it a fair bit easier than the Flowerbud, and when the tank runs dry, the VH1 will automatically stop and turn the mood light to Red for a visual indication. The front of the device also has two touch-sensitive buttons to control the flow of steam and the mood light’s colour.

From what we’re able to gather, it seems that the VH1 is due to hit the US and EU Amazon stores sometime around August. We’ve not been able to get a firm price for the VH1 as of yet but were told by a Vocolinc representative that it will be in the US$60-70 price range, and will also be compatible with Amazon Alexa, and Google Home, as with all of their WiFi-based devices. 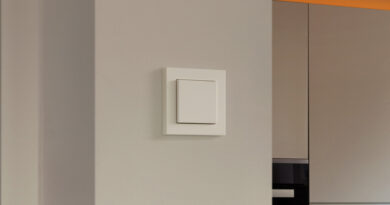 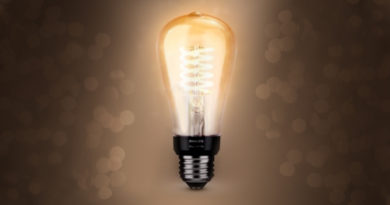 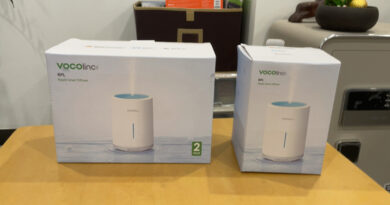 One thought on “Vocolinc MistFlow Humidifier Due For August Launch”