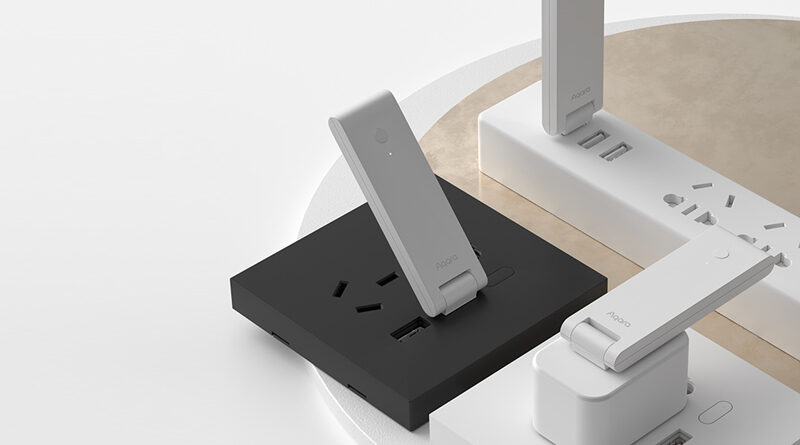 Only a week or so ago, we reported that the Aqara E1 USB Stick hub had been added to the list of devices that work with the Mi Home app, although at the time, the hub had yet to be released. Aqara has now released the E1 hub in Mainland China.

The new hub features a really small form factor, designed to fit almost anywhere with a powered USB port, and works with Apple HomeKit, just like all the preceding Aqara hubs. Unlike the Aqara M2 hub, the E1 will also work with the Mi Home app, as well as the Aqara app, of course.

What is totally new for an Aqara hub is the ability for the E1 to also act as a WiFi extender or relay, which is especially useful for devices that are too far from your main router. One can assume that this will be agnostic in terms of what devices can connect to this as a WiFi ‘hotspot’, although as it works with Mi Home, there’s also the possibility that it’ll only work with WiFi devices within the Mi Home ecosystem.

As with all the company’s recent hubs starting with the G2H camera hub, the E1 uses Zigbee 3.0 for better performance and energy management.

One point of this hub of course, aside from being more discrete in size, and I guess a little more mobile, is that it doesn’t require a power supply or come with a built-in plug, like the M2, or M1/M1S, respectively. Tie that to the low price in Mainland China of RMB119, which roughly converts to US$19/UK£13/€15, and you can see that Aqara are going all out on providing as many options for hubs as they can. Although the price is very low, if the E1 goes on sale internationally, it will certainly be more expensive than this. Still, even if they doubled the price, it’s a steal for most people. However, unlike the company’s current flagship hub, the M2, it has no alarm functionality, no speaker or buzzer, and doesn’t support Bluetooth devices, which given that it works in Mi Home, would expose it to a lot of Bluetooth devices. However, virtually no Bluetooth devices in Mi Home are exposed to HomeKit anyway, and the Mijia Gateway also serves to cover that function in addition to Bluetooth Mesh.

The hub listing on the Chinese Mainland sites shows that the E1 is designed to work with pretty much all the Aqara and Mijia branded sensors, buttons, outlets and switches, which also includes ceiling lights by Opple, although as this is designed for Chinese consumers and the China server, US switches etc won’t be compatible. It’s also worth noting that just because it’s compatible with almost all of the same devices you see working with other hubs, many of these child devices may still be in the process of being certified to work with and be exposed to, Apple HomeKit, which we’ve seen be the case before when a new hub comes out.

As soon as we’re able to test one out, we’ll be doing a full review.

Thanks to Eric Yao for the heads-up 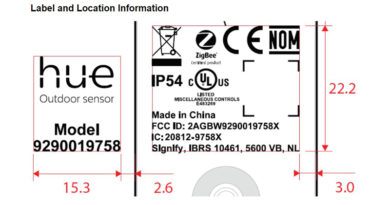