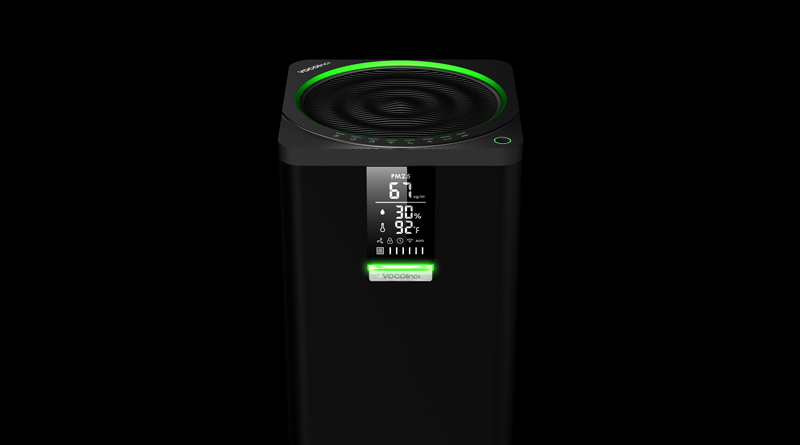 In October of last year, Vocolinc sent out an email to its subscribers, asking the rather leading question as to whether they would prefer a white or black air purifier. This was in reference to a new product they were readying for introduction to the HomeKit market – the VAP1 SmartFlow Air Purifier. Aside from the question asked, along with a couple of images, there wasn’t a lot more to go on.

Thankfully, we’ve managed to get a bit more information on this particular device and what it’s capable of, even though we know it’s clearly an air purifier.

The VAP1 PureFlow Air Purifier is capable of tackling;

The company claims the VAP1 has Industry-leading noise reduction technology, including Whisper-quiet ‘sleep mode’ (30dB) with only 54dB noise at the highest speed. The unit uses a next-generation long-life filter, with an advanced honeycomb filter pattern design that reduces the frequency of filter replacement while protecting from harmful pollutants right until the end of filter’s life. The filter is ‘hassle-free’ when it comes to replacement, taking less than a minute with no special tools required.

The top of the VAP1 features one main button on the top which would be for power and is illuminated when powered on. Around the edge of the circular fan outlet vent are icons and indicators for various functions (from R to L);

The VAP1 includes a 5.1″ LED display, with auto-brightness functionality, displaying real-time information on PM2.5 levels, timer (on/off), temperature, humidity, operating mode, fan speed, filter life, Wi-Fi connectivity, and child lock status. The VAP1 also apparently includes a light sensor, although this may probably only be used to automatically adjust the brightness of the display. The power cord is 2m/6.56ft long, with power consumption from 6 to 45watts, depending on the mode and fan speed. The operating temperature for the device is -10 ~40ºC/14 ~ 104ºF. The VAP is designed to cover up to 700 sq ft. There are five5 fan speed levels, five display brightness levels, and five brightness levels for the air quality indicator. The VAP1 weighs approximately 8.25kg/18.2lb. There will apparently be separate models for the US (110-120V AC 60Hz) and the EU (220-240V AC 50Hz).

Until the company officially announce it, presumably at CES 2020, we’ve no idea of price, but we’re guessing it could be around half the price of the Brid system. We’ll update this article if and when any new details emerge. 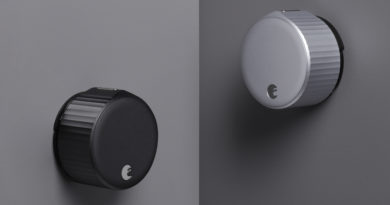