A user in a HomeKit Facebook group today uploaded a couple of images of forthcoming Aqara products found on what appears to be the Chinese online store jd.com, showing the G2H camera, which many Aqara fans have been aware of for some time now, and the P3 Air Conditioning plug, which will be new to many others. The listing for the G2H is HERE, priced at 389RMB (roughly equivalent to US$55). Delivery is listed on the website as June 17th, but that would only apply to Mainland China deliveries we’re guessing.

What’s interesting in the case of the Aqara G2H, is that it’s in four different colour options – white, navy blue, red, and yellow – up from the original one white option. The yellow version did also briefly surfaced on GearBest.com last year but was also swiftly removed. We’re told that these colours might be only for the domestic Chinese market, although it’s fair to suggest these could be quite popular beyond China too. Whether the advert indicates the imminent international release of the G2H, we’re not sure, but if it were the case, it would almost certainly come out in China first, with a worldwide release later on.

The camera uses WiFi to connect to your network, but also contains a Zigbee 3.0 hub for Zigbee based ‘child devices’, which is a step up from the current Non-HomeKit Aqara G2, which also has a Zigbee hub, just not Zigbee 3.0. The camera will also be compatible with HomeKit Secure Video, although whether that will be available on release, we don’t yet know. It will also have intelligent detection to distinguish between people and animals, 1080p streaming/recording quality, 140º FoV, Two-way audio, as well as the aforementioned gateway function.

The Aqara P3 Air Conditioning Controller is the other device that was ‘leaked’ comes with HomeKit functionality baked in. This new device follows on from previous iterations the company have made, which is actually a device with more than the name would imply. Ostensibly it looks like a regular plug, although in actual fact it’s also a Zigbee hub, so it’s able to both act as the hub for Aqara sensors and switches, along with being a bridge to HomeKit, but also control your AC units with it’s built-in IR transmitter. The device itself connects to your home network via WiFi in much the same way as the current Aqara hub.

We reported back in January on the existence of this new upgrade device when it appeared as a device in HomeKit mode within the Aqara Home app, where it was revealed to be compatible with HomeKit when we attempted to add it, resulting in the QR code scanning section for HomeKit devices opening on the iPhone.

According to FAQs found online, it would appear that like the Aqara hub, the P3 can support up to 32 child devices, with the possibility to extend this to 128 devices with the use of what is described as ‘Zigbee router extending functionality’. The P3 will be able to support most of the same devices that the current hub supports, including the Mi or Mijia, branded devices.

The only remaining question is whether the P3 will be suitable for other regions, as current models come with a Chinese/Australian style socket, but assuming other versions are made available, for the US for example, this could be a very quick and easy way to get smart functionality and control for your IR controlled AC units. 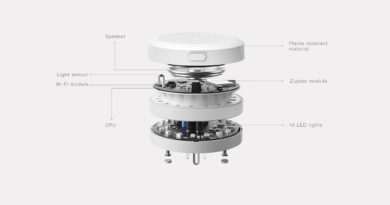 First ‘Hands on’ Report on The Aqara Hub From Shanghai 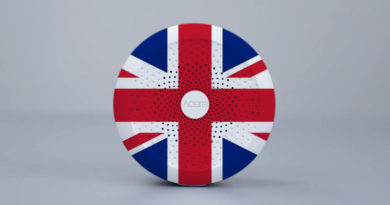